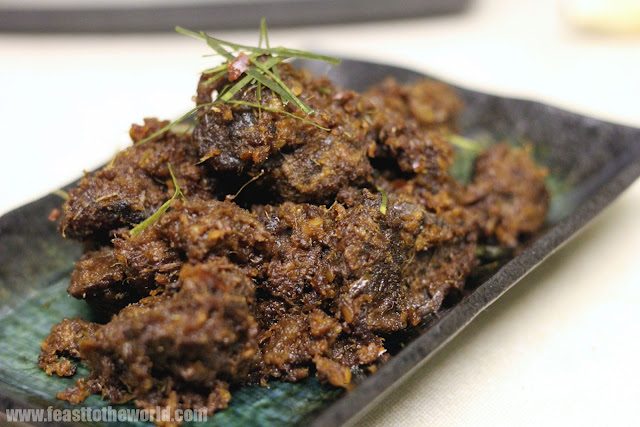 On a recent return from a trip to Cardiff for my friend's baby shower, I was hoping to be greeted by a blanket of white snow or what left of it  but unfortunately, I got back on the day the snow started to thawed. All these plans about building a massive snowman, having snowball fight outside my house will now remain just a dream. Still, the weather is chilly and bitingly cold. At times like this, I think a heart-warming stew is called for.

Beef rendang is traditionally an Indonesian dish but it is also widely popular in Malaysia and Singapore where it is normally served with ketupat, a steamed rice parcel wrapped in woven palm leaves. The meat is cooked in a spice-laden coconut milk over a long period of time in gentle heat until almost all liquid has evaporated. This leave a dry, fragrant and meltingly tender beef. Although not really considered a stew due to the lack of any kind of liquid, but the comforting piquant spice makes this dish just seems like the perfect supper for a freezing night. For my version, I have added a stick of cinnamon which is not traditionally used but I think it does gives it an added warmth to the finished dish.

And just for an easy step-by-step visual of this dish, I've added the different stages of how the rendang should look during the cooking process.


Toast the grated or dessicated coconut in a dry frying pan over medium-low heat for 5-6 minutes, until lightly brown, stirring constantly to prevent burning. Set aside. 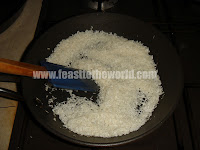 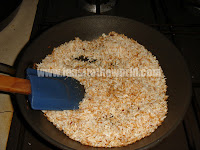 Pound all the ingredients for the rempah into a smooth paste with a mortar and pestle. Alternatively, blitz in a food processor.


In a large heavy-based pot , heat up 2 tablespoon of the oil and stir-fry the spice paste over low-moderate heat for about 6-8 minutes, until fragrant and most of the moisture have evaporated. Add the beef along with the coconut milk, sugar and cinnamon. Bring slowly to the boil over medium heat. Reduce the heat to low, partially cover with a lid and simmer for at least 3-4 hours, stirring frequently. 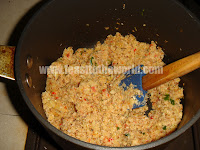 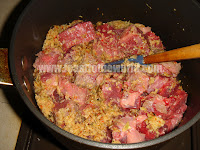 Add the toasted coconut and season to taste.

The rendang is ready when the meat is tender and the sauce has almost dried up, leaving a thick consistency and is shiny with a thin layer of oil.


Serve hot with some steamed rice.


Posted by J@Feasttotheworld at Tuesday, February 07, 2012