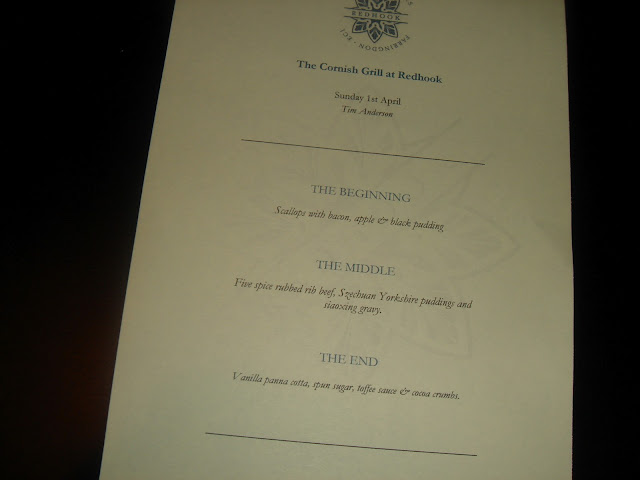 Now I am a huge fan of the Sunday roast as well as last years's Masterchef winner, Tim Anderson (I've written a brief write-up about him on my Porklife outing so I shan't bore you here). The sound of him doing a Sunday roast intrigued me. I bought the tickets, without even realising the fact that it fall on the 1st of April. So is this a joke? Thankfully, not! It was a real event hosted by Cornish Grill in Redhook, Farrington. This is an on going event whereby top chef has been invited monthly to created their version of what makes a great Sunday roast. Previous contributing chef included Carl Clarke from HIX and Alyn Williams from The Westbury. So this is the third outing for the Cornish Grill, and with Tim Anderson on the bill, this couldn't be more exciting for me. 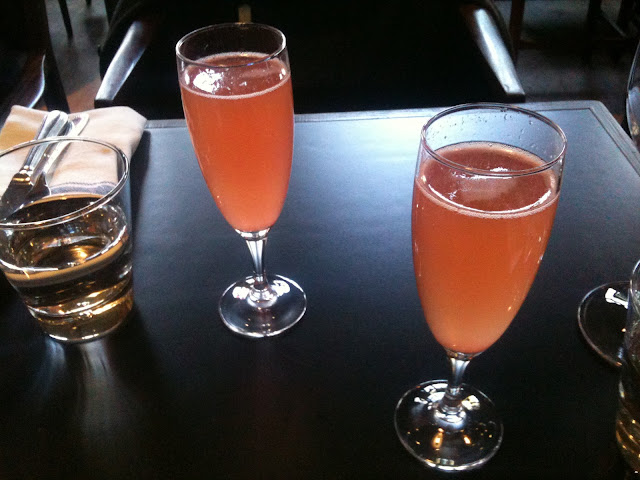 From the outside, this pub look ordinary and bland but once entered, we were greet by a grand interior which is not what I expected at all. High ceiling with exposed brick walls, it exudes a hint of industrial feels. The sleek wooden bar were lined with etched metal tiles which were on the side walls too and furnished with teal leather seat and low large blue metal pendant lights. M and I arrive 2.10, slightly early for our 2.30 table but we were warmly welcome by the lovely and amiable matre'd. She gave us a quick introduction to the event and then explained that this will be a casual seating. We were to help ourself to the never-ending offerings of the Grey Goose aperitif - Ruby Red Royal as well as conjuring up our very own bloody mary and will be shown to our table when we ware ready. Both sounded tempting but we decided to go for the Grey Goose cocktail mixed by the professional bartender rather than messing around with the bloody mary, knowing me I'll probably ended up with a glass of vodka and nothing else...not a great start before the meal. We both grab a Ruby red royal and were swiftly ushered into the dining area.

The bare brick walls and high ceiling continued into the dining area where it was light and bright due to the massive arch window. The whole room were rather inviting and very well thought out. We sat down by our table and took a sipped of the aperitif. Sharp grapefruit juice with a string hint of alcohol from the Grey Goose vodka was quite a delight. I normally don't light cocktail but this were very agreeable indeed.

The starter arrived not long after. What laid before me were supposed to be scallop and black pudding but judging from the look of it, it appeared to be pannacota, which was supposed to be the pudding. Is this an April fool's joke, I wonder. I took a sniff at it, it has a sweet fragrant but no hint of vanilla whatsoever. Gallantly, I took an attempt at this curd-like mantelpiece. It was creamy, milky with an underlying sweetness, not what I expected. The experience was altogether rather strange, not great but not entire unpleasant either. What looked like spun sugar on top were in fact bacon dust, salty and crunchy, a very clever touch. The 'cocoa crumbs' were black pudding and hidden in the middle of the white curd was a scallop, which unfortunately were a tad overcooked and chewy. The accompanying 'custard' were in fact a sweet robust sauce made from scallop stock and has a hint of salty soy sauce. Interesting but I wonder does it really work? 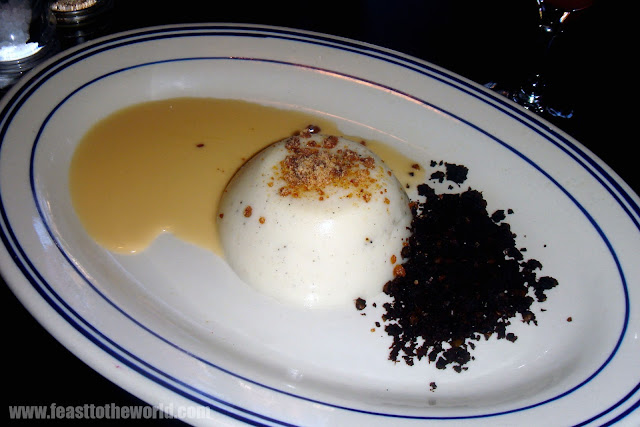 The mains are  roast rib of beef. Sounds normal enough you may think but once again the grand master of cookery wizard has performed another unexpected new twist to this old favourite. Five spiced-rubbed which impart a rather aromatic fragrant to the deliciously tender and moist piece of beef, along with the shaoxing wine infused gravy, was absolutely delicious. It bring to mind a classic Chinese slow braised dish. The Szechwan peppercorn Yorkshire pudding was just as it should be, numbing and piquant, and send a thrill to the taste buds. The broccoli were sweet with oyster sauce and the crispy potatoes has a slight spicy kick. Undeniably one of the most exciting Sunday roast that I've ever had. 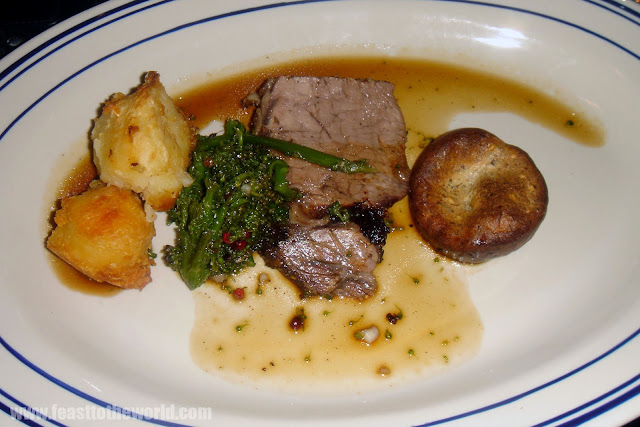 The pudding was, without a doubt, the best course of the day. And yet again like the starter, it is not what it seemed to be. The pannacota has been wittily transformed into the look of a 'rice pudding'. The sweet vanilla aroma was utterly enticing. With each mouthful of this delectable pudding, I was filled with crunch from the cocoa crumbs and the spun sugar, along with honey sweetness from the rich toffee sauce and the smooth vanilla-flavoured cream. As Oliver Twist himself will say, 'Can I have some more please?' Lovely, simply lovely! 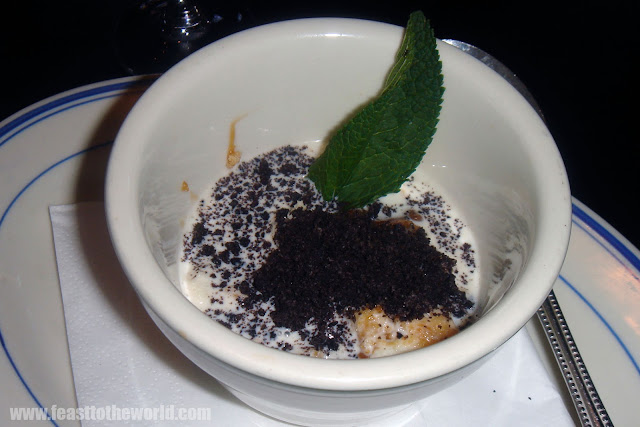 Although I wasn't so sure nor keen on the starter, the entire ensemble has reinforced my admiration to the great chef that is Tim Anderson and how he think. Everything has been turned topsy-turvy and every course has been a surprise from start to end. What a master of culinary trickery!

(The Cornish Grill sunday roast event are held once a month, ticket for this occasion were £40 each)