Another Round Of Tonkotsu Ramen - Nagomi, W1, London 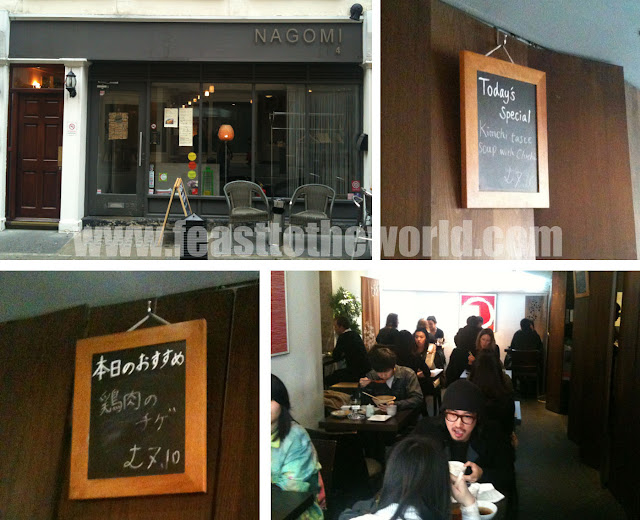 This was a completely unexpected visit and find. After yesterday's excellent Tonkotsu ramen from Cocoro, I was inundated with tweets on the twitter by a couple of  ramen lovers about  their own visits to numerous other ramen-ya across London. This restaurant crop up amongst the tweets and so the very next day, I decided to pop in for a quick lunch visit while the memories of the Cocoro's Tonkotsu ramen is still freshly embedded in my mind. Two days of Tonkotsu in a row can't be a bad thing surely?

Situated just off New Bond street, a stone throw away from Cocoro was this tiny and modern looking Nagomi., once again, fully Japanese staffed. 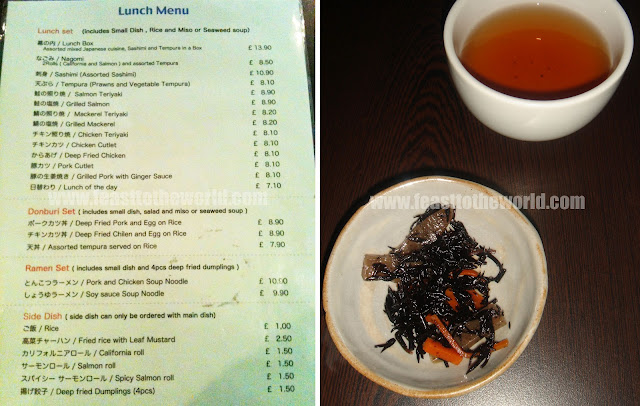 As I entered the premises, the staff were friendly and started to utter to me in full on Japanese. When they realised that I did not comprehend what they were saying, they apologised and explained to me that it will be a few minutes wait as it was full. So I waited for a while before I was eventually led to an available table. I've ordered the Tonkotsu Ramen set which was listed as Pork and Chicken noodle soup on the menu. When given a choice between the thick and the thin noodles variety, I've opted for the thin ones - the more common noodles of choice for Tonkotsu. 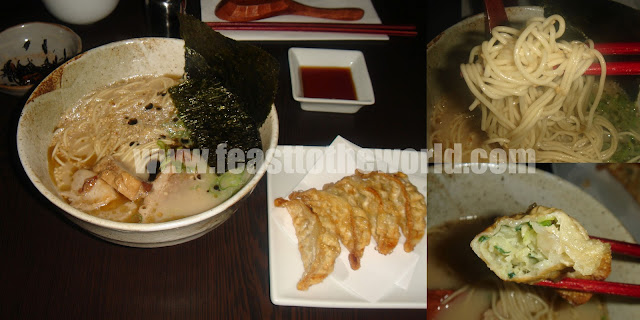 With my orders, the waitress left and very quickly came back with a small dish of braised hijiki seaweeds, carrots and konnyaku (yam cake) which was enjoyable. And then the star of the meal, the Tonkotsu ramen arrived, along with the four deep fried gyoza.

On first impression, the soup base was definitely milky and there appeared to be a good layer of fat but the condiments were a tad disappointing and weak. Two slices of pork belly, nori seaweeds, toasted sesame seeds and chopped spring onions were altogether a measly effort  and let the appearance down a bit. The flavour of the soup base were rich and has a pungent fragrant that signified a good amount of cooking time involved and was definitely authentic. Although by comparison, it wasn't as robust as I would like it to be. Despite the deep layers of flavours, it lack the meaty punchiness of my previous encounter. The noodles, however, were superb and has an al dente and bouncy chewiness to the bite. There were also a good substantial amount of it to make this a proper hearty meal. The fatty braised pork slices were tender and had a  melt-in-the-mouth texture.

The accompanied gyoza were crispy and had a generous meaty filling that were both sweet and juicy.  Little morsels of delight, the only downside was the slight greasiness of it.

For a lunch that cost £12 (inc.10% service charge), it was generous and has a great overall flavours which I think is still worth a visit. For me personally, I would rather have the fuller and more robust Tonkotsu ramen which is less than five minutes down the road from here. 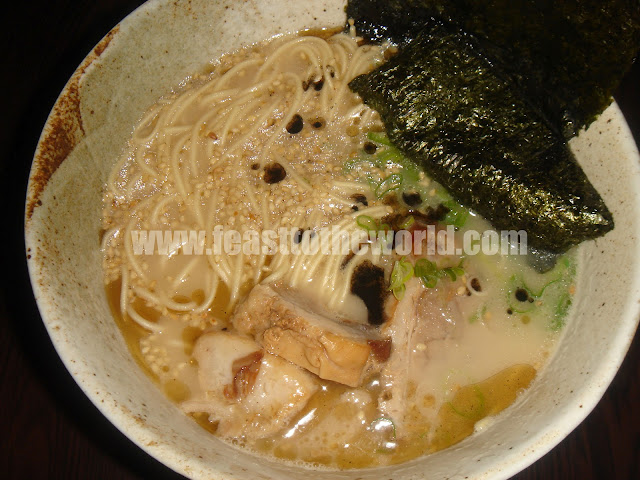