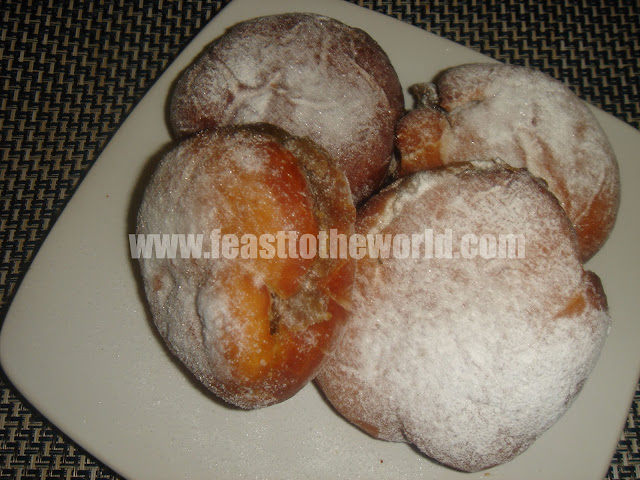 When I found out that it was the National Doughnut Week last week, I couldn't have been more excited. Yes, Fact! I love doughnut. These sugared crusted delights are one of the best baking invention ever. Biting into a perfectly formed doughnut yield a light sponge-like texture and if it's jam filled, river of runny oozy sweet purée dribbling down your mouth. Nothing beats a fresh doughnut. And in the words of Homer Simpsons - 'Doughnuts. Is there anything they can't do?' Well, apparently not! 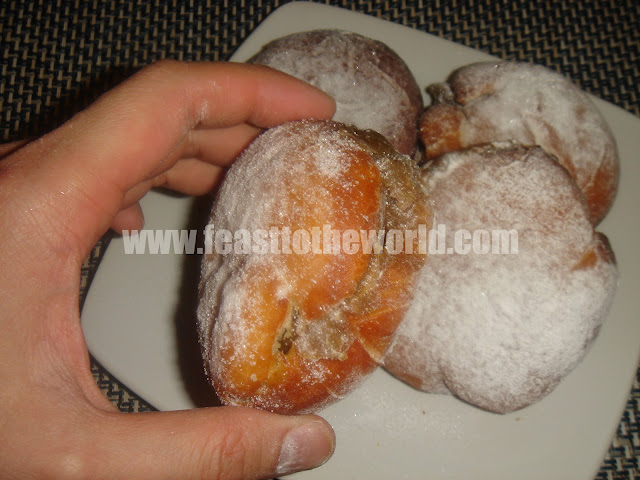 My recent discovery of the St. John Bakery legendary custard-filled doughnut got me into thinking, why don't I make some  Kaya-filed version with one of my own homemade Kaya.  So it was this in mind that I set up to kneading the dough, spent hours proving it and then deep fried them into balls of doughiness. The best part was definitely filling them with the fragrant Kaya, I might have gone a bit overboard with the filling of some of them, but as this is for my own consumption, why not? Nothing beats a freshly homemade doughnut, I say. 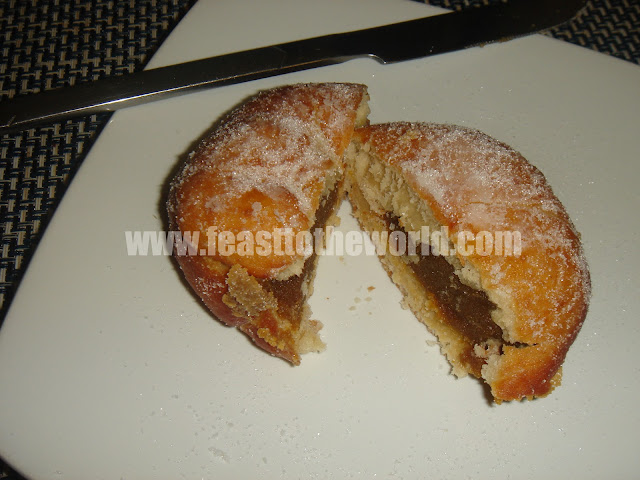 In a bowl, mix the warm milk and yeast together and leave to stand in a warm place for at least 30 minutes, until frothy.

Whisk the egg and sugar in a large bowl until thick and pale before sifting in the flour. Add the melted butter and salt and mix to make a soft sticky dough. Knead for 10-15 minutes, until the dough has lost it's sticky texture and turned smooth. Leave in the bowl, cover will a lightly oiled cling film and leave to prove for 2 hours, until doubled in size. 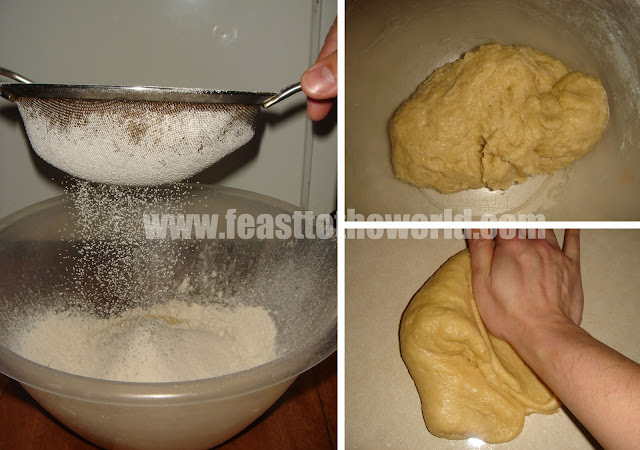 Knock the dough back before dividing it into six equal balls.  Place onto a lightly oiled tray or parchment paper, cover with a lightly oiled cling film and leave to prove for 1 hour, until once again, it has doubled in sizes.

Heat up the oil in a deep saucepan to180ºC, until a piece of bread turn golden brown in 30 seconds when dropped into the oil. Fry two to three doughnuts at a time, for about 2 minutes on either side, until golden brown. Remove with a slotted spoon and drain on kitchen paper. Repeat with the rest of the doughnuts. 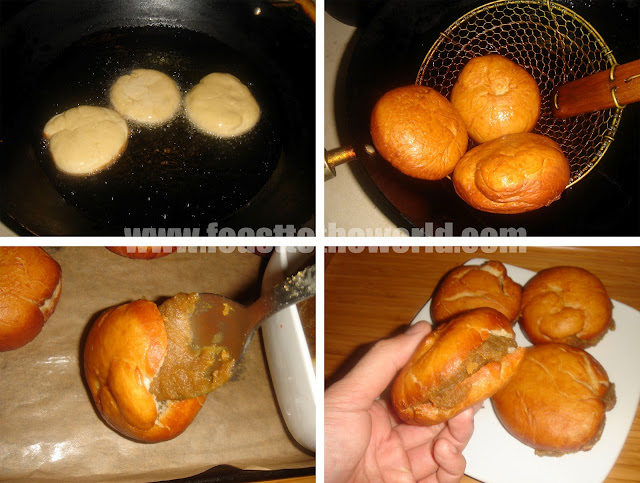 Make a slit on the side of the doughnut with a knife or scissors and spoon in the Kaya jam. Alternatively this can also be done with a piping bag fitted with a nozzle. Dust with caster sugar and serves.
Posted by J@Feasttotheworld at Tuesday, May 22, 2012