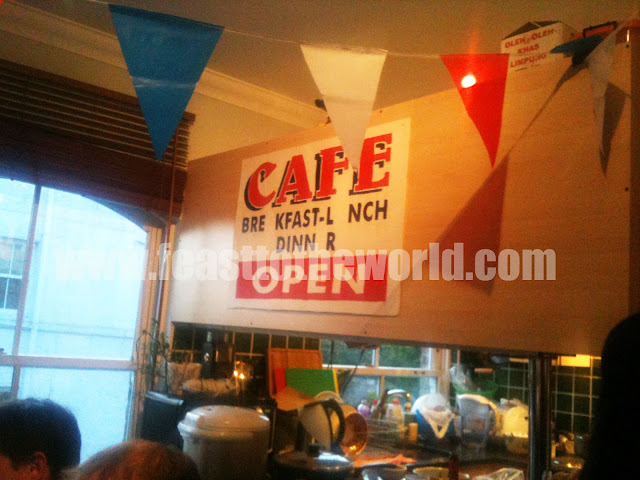 Singapore food is delicious! Yet somehow it is lost amongst all the rest of the asian cuisine that is widely popular in London. This real gem is unfairly under represented and why should that be? There are no lacking of punchy flavours and enticing heat that you would normally associate with Indian cuisine. The usage of fresh herbs and aromatic spices is in no way inferior to that of Thai and Vietnamese and even the most famous Chinese dish, fried rice, well, we as a nation own that - Singapore is known as a fried rice paradise. Okay, so the last bit might be an exaggeration, it's a song by a well-known Singaporean artist and in no way reflect on the true nature of the claim. However, I still maintained that it is an atrocity Singapore food is not rank way up there with the rest of the world's top cuisine.

So when I heard of fellow Singaporean, Goz conquering the supper club world with his rendition of true authentic Singaporean food through Plusixfive supper club, I immediately noted it down on my diary as my next food adventure destination. And when the announcement of him doing a 'Fish Head Curry' came through onto the twittersphere,  guess what? I was there with less than two shakes of a fish tail.

On arrival at this gallant effort of a fish feast, I was fully expected to see the room filled with oriental faces, due to the scary nature of the main fish dish. But I was proven wrong, in fact, we were outnumbered. Hurrah! As the sayings go, a faint heart never won fair maiden and these adventurous diners were definitely in for some gastronomic treats. 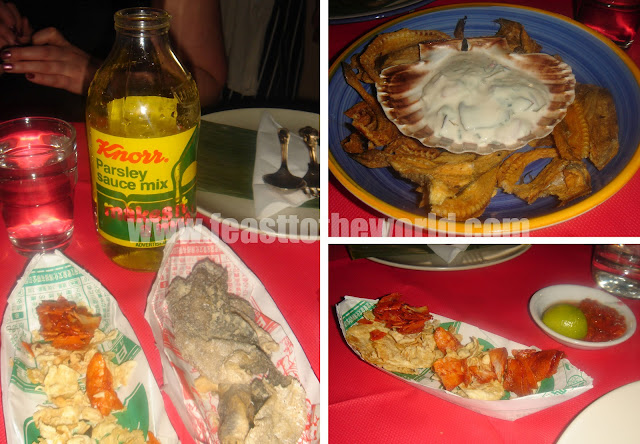 As the feast started to unfold, it had soon became clear that this gallantry effort were not just confined to the main dish. In fact, the whole evening was designed to shock and surprised, at the same time educate the palettes with the, as Goz kindly put it, Lip-To-Tail dining experience. Along with the bitternut cracker and spicy tapioca crisps, both my childhood favourite snacks, were some rather adventurous deep fried crispy fish skins and bones. They might sound scary but were utterly tasty. The addition of a tangy dipping sauce made from yogurt and lime leaves was a delight. What was even more surprising was that as they dishes were being introduced, no one batted an eyelid and these unusual delicacy were scoffed up with relish. 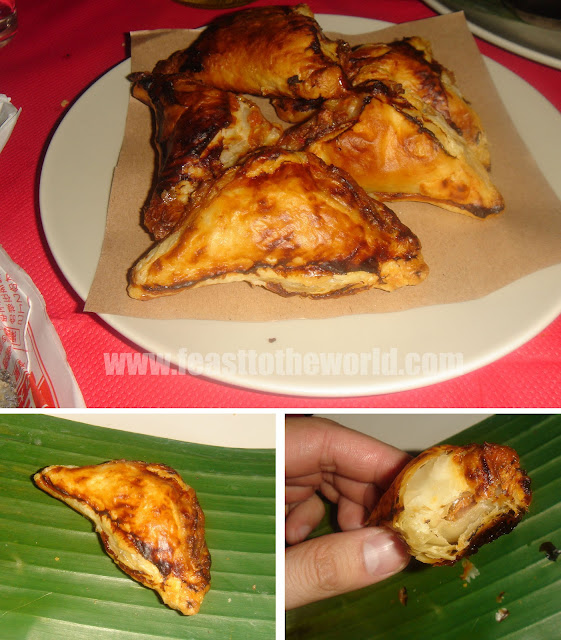 The sardine puffs next on the menu were well seasoned and puffy as the name suggested and brought back sweet memories of my childhood days when I used to devoured this flaky parcels, several at a times. Even the Chwee kueh, steamed pearlescent white rice cake topped with chopped salty chai po (preserved turnip) were truly delectable. The toothpicks on sight too were a honourable homage to authenticity. Bravo! 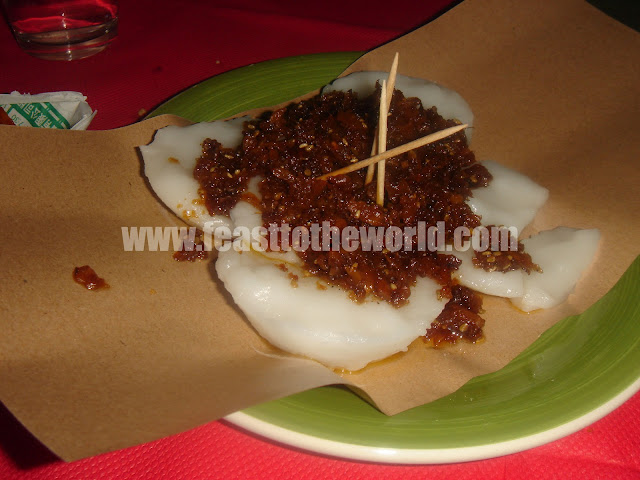 Singapore noodles were up next, and yes, there are such a thing back in Singapore and no, these are not those luminous yellow strands that are being served all over the world. The stir fried bee hoon (rice noodles) arrived at the table, all wrapped up in the familiar brown greaseproof paper and secured by a rubber band, just as it would be in a typical hawker centre. This brought a smile to my already gleaming face. Once unwrapped, it revealed the familiar sight of slices of luncheon meat (spam) and a dollop of chilli sambal on the side.

We were then surprised by a late inclusion to the menu, Otah-Otah or Otak-Otak on thin slices of toast. These perfumed fish paste were flavoursome and spicy, very much appreciated by my fellow diners at the table. High praises all round and this was indeed a welcome last minute addition. 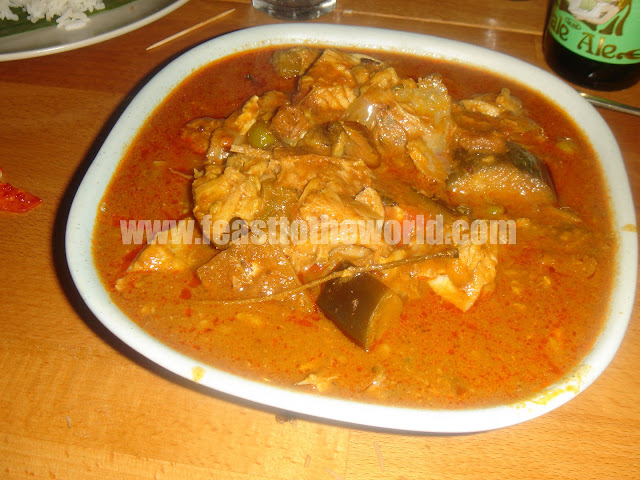 The Assam fish head curry arrived, looking less fearsome than I anticipated. I was fully expecting a scene from Jaw where you'll see ginormous head staring at you with oogley eyes but sadly, this wasn't realised. As Goz explained, the fish head was normally only cooked briefly but he had decided to lengthen the cooking time and the better for it I think, less intimidating and richer flavours. The tangy tamarind and the chilli heat; glutinous and thick curry sauce from the gelatine in the fish head and flakes of  smooth, tender fish. The abundance of sauce also ensured that almost all diners asked for a second or third helping of rice, myself included.

Also deserved a mention was the guest chef of the evening Shuhan's amazing Sambal Telur. These tasty hard boiled eggs were coated with a rich spicy and fragrant paste and packed full of flavours. The chilli factor were definitely right up my street, hot as you dare. The best part was that the recipe is available on her guest post on Plusixfive blog.  The Nestum prawns, a family recipe, too were enjoyable. Juicy prawns stir fried with oats, curry leaves, spices and best of all, salted egg yolk, truly original.

The pudding in the form of Milo dinosaur ice cream, scattered with crunchy cornflakes and drizzled with sweet condensed milk was a sweet finish to an awesome evening. 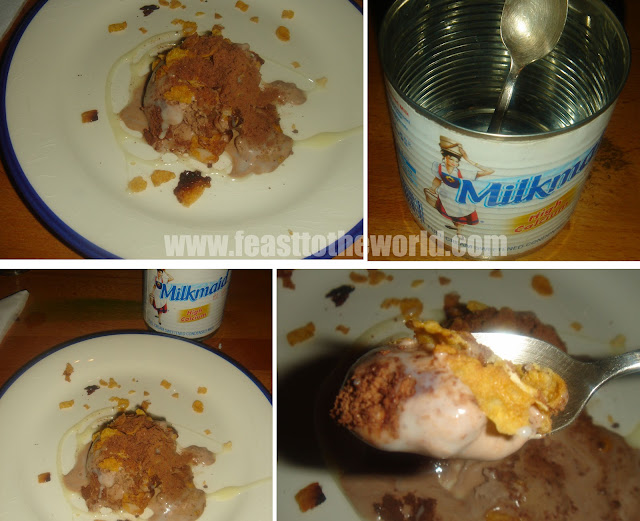 By the end of the evening, I was very proud of Goz's effort in promoting our nation's food. It is still true that I don't think there is any good restaurant out there that showcase the best of Singaporean cuisine but for those who are seeking the authentic version of our home delights, look no further than Plusixfive supper club. As a Singaporean, I highly recommend it!

I would also like to thank Goz for his crazy Singaporean hospitality as well as Christine and Shuhan for their brilliant and amiable service throughout the evening and for tolerating my uncontrollable enthusiasm at the sight of a new dish. End of...