A Trip Down To Brockley Market, SE4, London - Spit And Roast and Dark Fluid 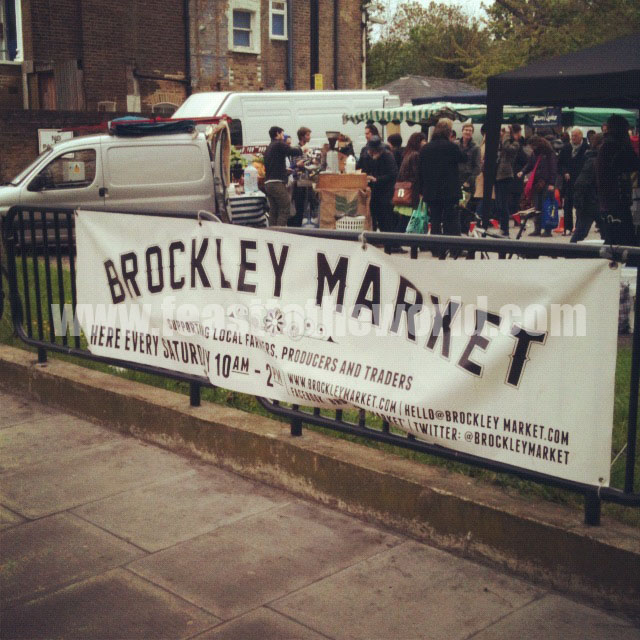 Once again, through the magic of twitter, I have discover another must-go street food vendor for me - Spit and Roast. Reading about their own take on the southern fried chicken was too much for me to resist.  When I found out that they will be popping up for a day at the Brockley Market in Lewisham, even the miserable gloomy weather could not held me back from venturing south of the river.

Situated on the Lewisham collage car park and just a stone throw away from the St. Johns rail station. Brockley market has a diverse range of stalls. They sell locally sourced produce ranging from fresh vegetables, artisan bread, cakes to street food van/cart and even roasted coffee to sip while you wander around. 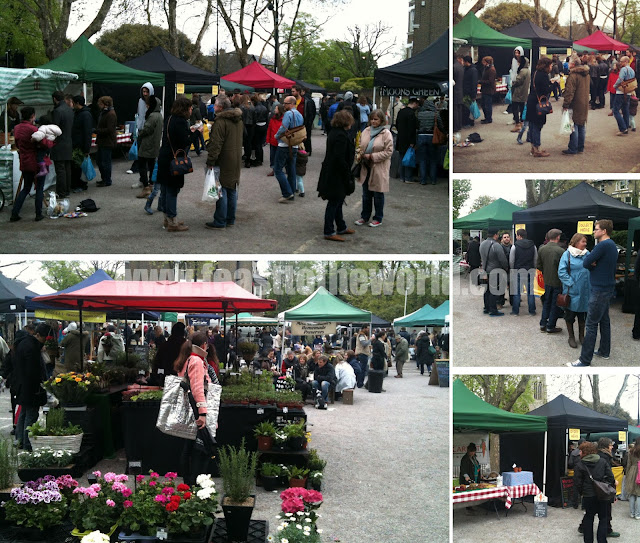 Within the first few minutes upon arrival, I spotted some achingly in-season courgette flowers and wild garlic. I bought then without any hesitation. Strolling further along were stalls selling good quality rare breed pork, lamb and well-marbled beef. Also on site was the famous Egg Boss whom I've encountered  a couple of weeks ago in The StockMKT and a rather impressive local charcuterie (sounds much better in French) selling delectable Kentish Chorizo. It had an intense flavour in not way inferior to it's Spanish counterpart.  Another great find that was destined for my bulging shopper bag.

Other than fresh produce, lots of delicious smelling street food filled the other half of the market. With Mother Flipper selling juicy looking burgers; Mike and Ollie with their foraged delights wrapped up in homemade Lebanese organic flatbread and Tongue and Cheeks with their brave offerings of ox tongues and cheeks etc. 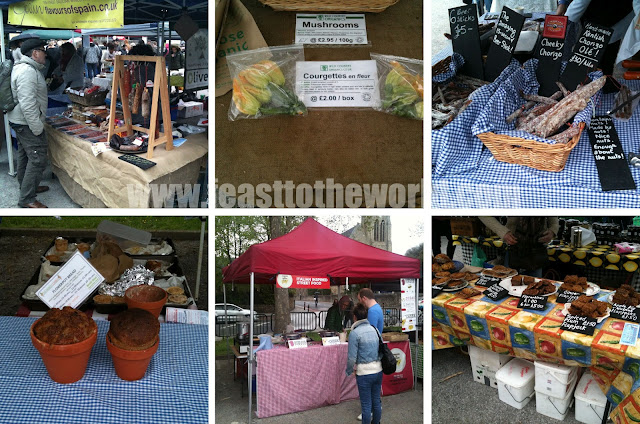 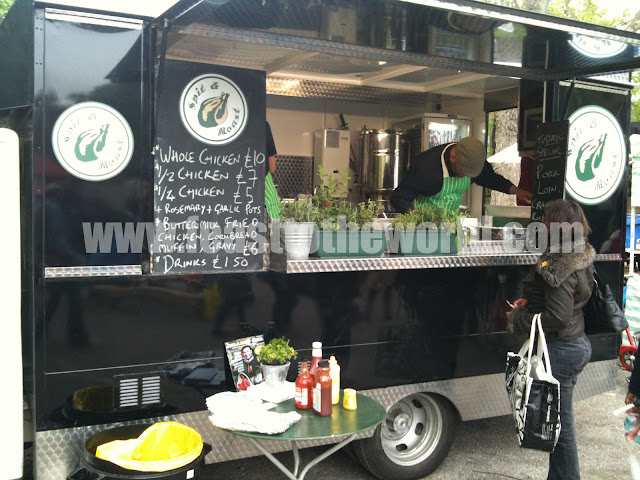 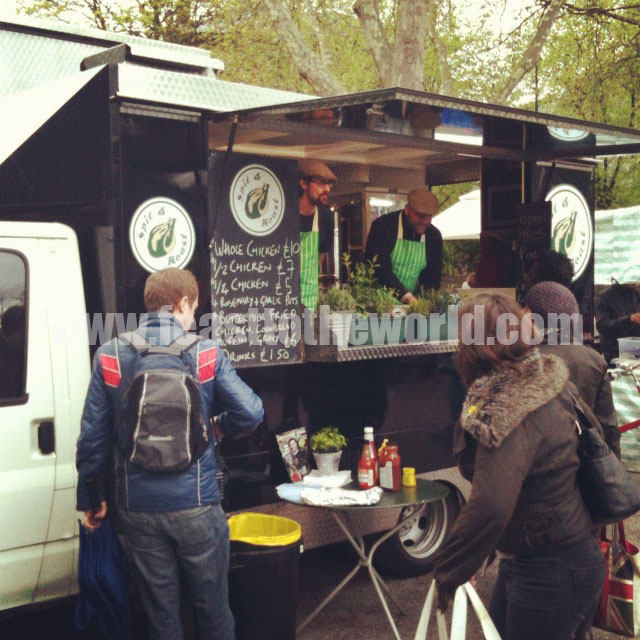 I went straight for the one reason why I was present at the market - those buttermilk fried chicken from the Spit And Roast guys. For a mere £6, there were two beautiful chicken pieces, marinated overnight in buttermilk for a tenderising juicy sensation; coated in a uniquely spiced and perfumed crispy coating that were deep fried to pure perfection. As one of my guilty pleasures, I was in true fried chicken heaven!
As for the accompanying corn bread muffin, although it was light and flavoursome, was not one of my favourite thing; the lady next to me had fried potatoes instead which I regretted not to ask for the same (maybe next time). The gravy was rather delicious too but I was enjoying the flavour of the chicken too much to be bother with them. 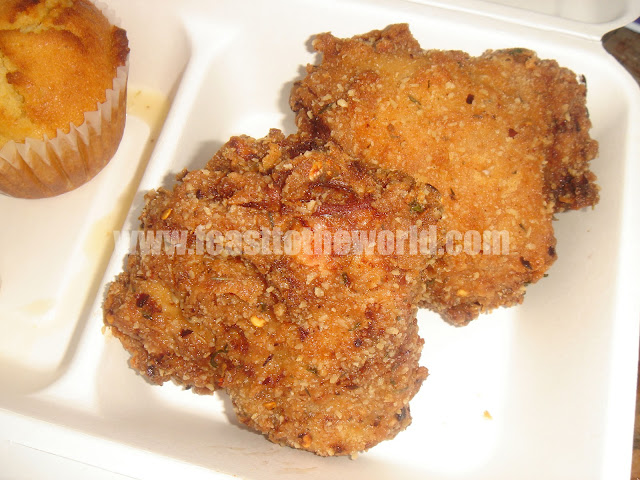 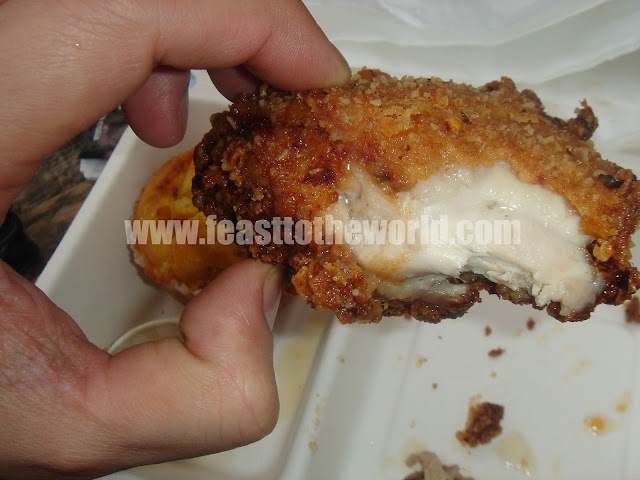 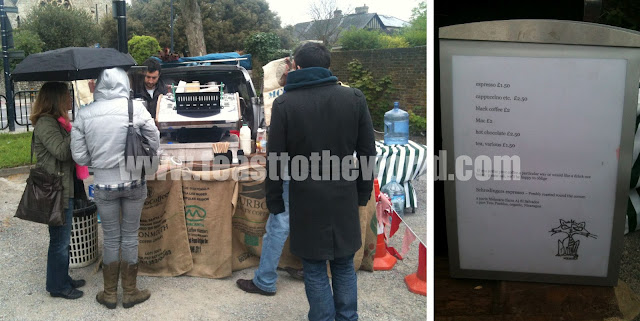 The whole experience was rounded off with a perfect cup of latte (£2.50) from the marvellous award-wining Dark Fluid. It was robust with swirl of smooth froth that has a single cream consistency and roasted aroma. A well worthy finish to a fantastic trip. 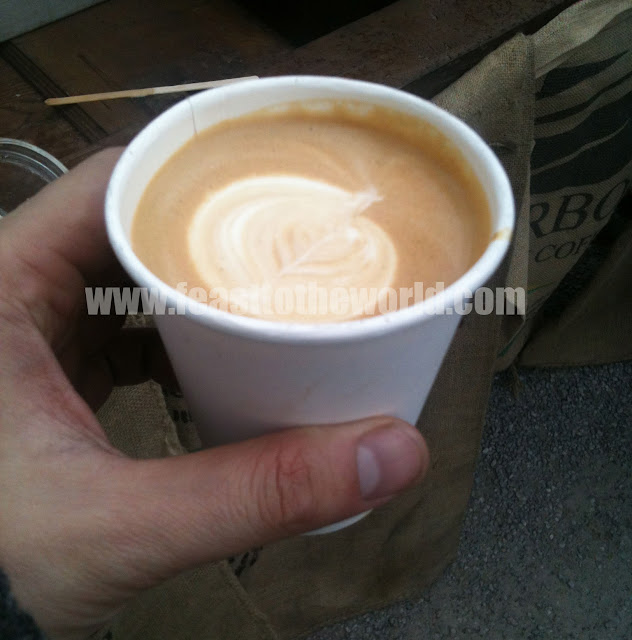 What started out as a trip in search of the much lauded fried chicken turned into a rather fine discovery of a farmer's market. This will be forever embedded in my diary as a goto place for top notch fresh, in season local produce as well as some weekly tasty treat. Support the local farmer I say!