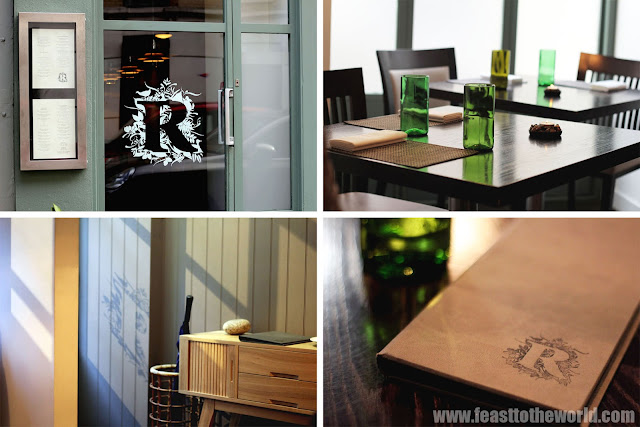 It has been a long time coming since I put Roganic on my must-visit list. Time flew by since this pop up restaurant open its door and for some reason, I have yet to set foot on it....until now that is.

Roganic is a 2-year project by chef Siman Rogan (last seen on Great British Menu), who's renown for his unusual foraged ingredients, aiming to introduce Londoner to the similar culinary delights offered at his flagship L'Enclume in the Lake district. After seeing the chef himself at work on the programme, it gave me the final push to finally made up my mind and book a reservation for the full 10 course set menu.

From the outside, it had a rather nondescript facade and the interior, were simple but sleek and elegant. Upon entering, we were immediately being greeted by a warm smile from the manager (I presume) who was incredibly amiable and attentive.Wine order was swiftly taken and what followed was at least over 3 hour long food marathon and with each course, there was a fully detailed introductory litany.


The appetiser or amuse bouche ( I'm trying to be a bit refine here) were ruby red beetroot crisps topped tears of goat cheese cream were both sweet and delicate  and the smoked eel and pork croquette arrived in a tiny cast iron pan which the manager kindly advised me  to set my camera ready for the money shot. He lift the lid to revealed a cloud of aromatic smoke and laid within the pan were two tiny morsels resting on some hay. Beautiful as it look, it tasted even better. Intensely smoky and punchy flavours all packed in a tiny crispy balls that was just divine. 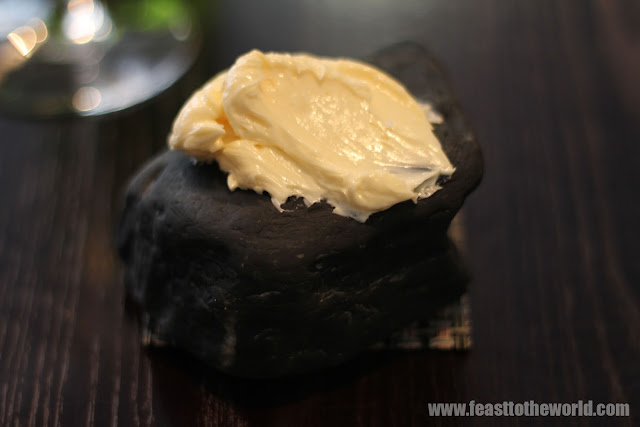 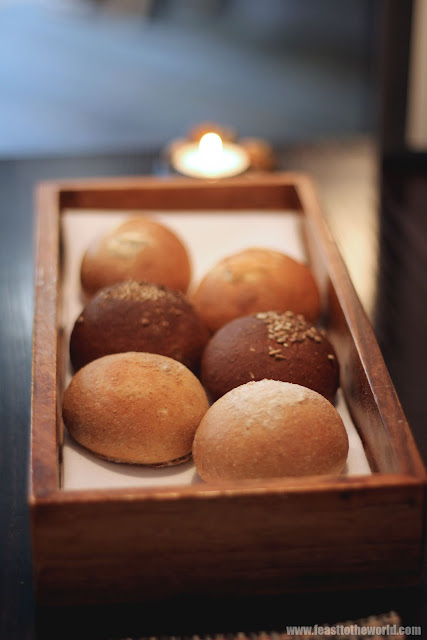 The bread and butter that followed were not just your typical run of the mill loaves. Freshly baked and still warm wholemeal and ale; pumpernickel and onion and thyme. A whopping three choices along with some organic butter hailed all the way from lake district rested on a rock (it wouldn't surprise me if that was straight out of the river bank in the lake district too).


Carrot mousse topped with crispy bits of ham and wild basil were light and contained a hidden surprise of sharp pickled celery within. The balance of sweet and sour were just simply tantalising and exciting for the taste buds, it didn't talk long for me to mop up the dish, literally, with some of the bread.


'Grown up egg yolk from the golden egg' were in fact skilfully sous-vide chicken sauce encased in a golden 'shell' served with celeriac crisp, fresh aromatic sorrel and garlic cream with additional crunch from the wild puffed rice. Once cut open, the sauce oozes out like 'yolk'. The name of the dish were later explained to me by the waitress as simply like a Willy Wonka's trickery play on words, kind of like kinder surprise....genius!


The mushroom broth had such intense flavours that it had a touch of beefiness to it, light and soft buffalo curds sat beautifully amongst the richness and the water mint provide the dish a fresh zing.


One of my favourite on the night were the raw venison (or venison tartare) drizzled in coal oil which infused the dish with such perfumed smokiness it was as though the venison had been 'BBQ'. Alongside these were some crisp pickled onion, sweet mustard dressing and edible flowers. It was a beauty to look at and a joy to eat!

Grilled salad consisted of vegetables that has been lightly charred and cobnuts crisp and truffle custard,  served with a rich cheese sauce and parsley dressing. The flavours were incredible and the mixture of textures in the partially cooked greens were simply tantalising. This is definitely one of the best salad dish I've ever had. 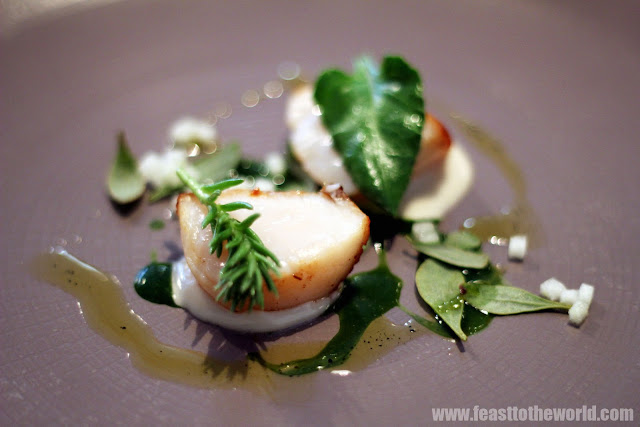 The scallop dish were perfectly cooked and with oomph full of freshness packed into this tiny offerings. The sea-flavoured oyster mayo cream, unusual selection of seaweed and tiny cubes of crisp pear offered an exciting mouthful with each bite.


The marathon continued with beautifully pan-fried lemon sole on some bulgar wheat, along with this were the utterly unctuous smoky marrow jelly which just melt in the mouth and it was consumed, perfect richness and flavour. The dehydrated tomatoes too were lovely and sweet, very enjoyable, as were the robust sauce.


Last of the mains came in the form of another perfectly executed suckling pig dish - crunchy cracklings on some beautiful layers of fat which gave so much flavours I though I was in piggy heaven! To top it off, there were also a generous scattering of porky puffs bits. It was beautiful dish, especially for a pork lover like me.


At this point, we were asked if we wanted to have the optional British cheese course. Under most normally circumstances, I would gladly welcomed this but in order to make sure that I have some room left for the pudding, I had to declined.


Both puddings that followed were equally delicious but the macerated strawberries, without a doubt, won  the dish of the day for me. The flavours of the strawberries were just superb and I don't think I have ever tasted strawberries quite like it. It was so intense and packed full of the fruity fragrant, it was just sensational.


To finish things off, we were offered the some refreshing Douglas fir milkshake that came with a tart apple jelly on the side and some custard brioche doughnuts.

It was a mammoth three and a half hour eating marathon and the service were consistently good throughout. It didn't felt at any point as though they were at any rush of getting rid of us. We went for the  10 course menu (£80) but with all the little extras came to a whopping 14 courses in total (minus the cheese course which we opted out). All the staff had a vast knowledge of the food and wine and were constantly catering to every queries of mine and some of the diners as well. The food were superb and each stunning looking dishes felt as though lots of thoughts process and creativity has been put into executing it. It was a truly enjoyable dining experience and well deserved of its high praises.

Although this is only a 2 year pop up venture and is now into its second year. I was told by the manager that they are hoping to get a more permanent venue within the same area after. But for now, there is still a year left for this outstanding restaurant for anyone who want to get a taste of Simon Rogan's culinary masterstroke.