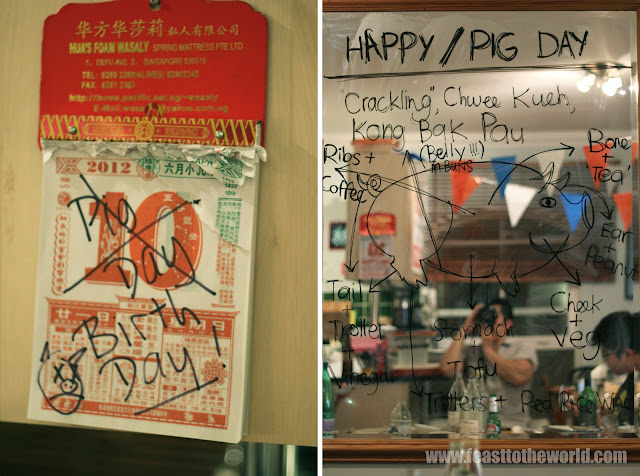 'Can you guys slice the heads into half and then remove the face skin?'

'So you need heads halving, brains out and rest of head taking off the bone?'

That must have read like a Jack the ripper one man monologue and possible most bizarre thing you've ever come across if you are on the twittersphere. But you haven't met Goz yet, the crazy dude who run Plusivefive Supper Club, in my mind the only place to go to for some serious authentic Singapore grub this side of the pond.

About a week ago, I was invited along to celebrate their first birthday. And to mark this triumphant day, he planned a 'Pig Day' whereby all part of the swine will be used to cook in all the dishes, a true and true nose-to-tail dining experience. This was also made extra memorable as it was all done for a good cause, all proceedings on the night went to the Action Against Hunger charity in collaboration with the equally brilliant @hungryfemale who co-run the fantastic Two Hungry Girls Supper Club. 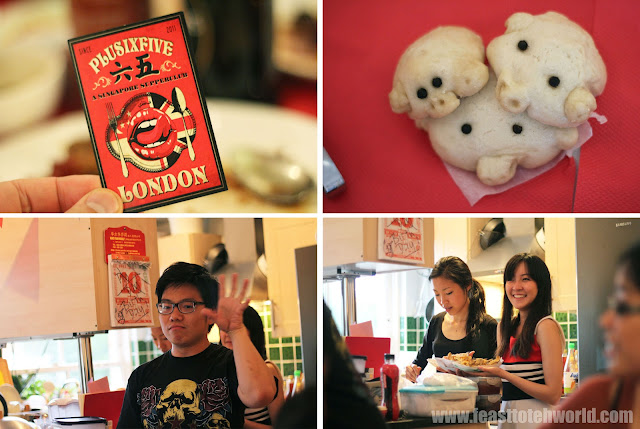 This is not an ordinary night as everyone who was invited were friends and supporter of the Plusivefive Supper Club so I felt very honoured to be included amongst this group of elites.  The front of house was manned by the lovely Christine once again who also contributed to making the mantou for the belly pork buns as well as the little piglets dough figurines that greeted us on the table. Sous-chef on the night was Shuhan of the awesome Mummy, I Can Cook blog.

The food served on the night were imaginative.  The little piggy did not die in vain as it was all for the greater good, our ravenous tummies. The crackling went into the Chwee Kueh (steamed rice cakes); the tails and trotters went into a 3-day sweet vinegared dish; the ears were cooked with tofu; the lard went into the yam puddings and even Shuhan's delectable coffee ribs from her blog  made a guest appearance. 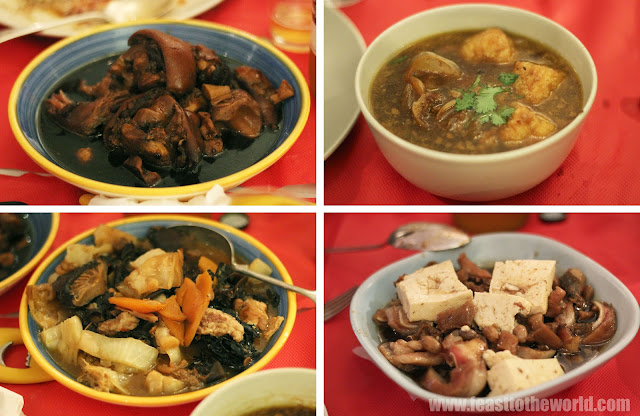 A few more guest dishes graced the table. One made from trotters stewed in fermented red wine (a typical Hakka dish) by Wen of Edible Experience and crunchy rose biscuits (also known as beehive biscuits) from Su-lin of Tamarind and Thyme.

It was a good 3 hours of fun gathering and pork feasting in every true sense of the word. I can safely said that everyone who was present were all pigged out by the end of the night. 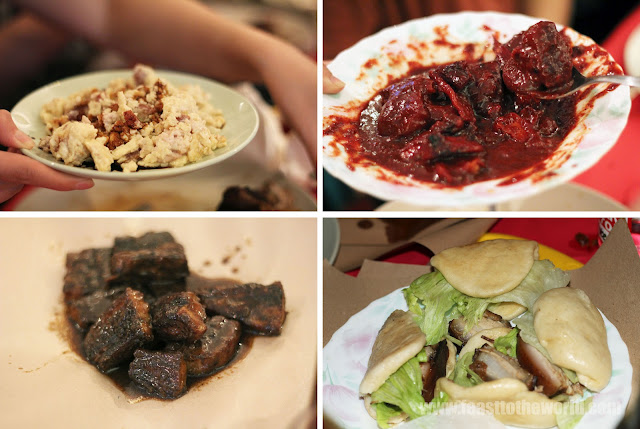 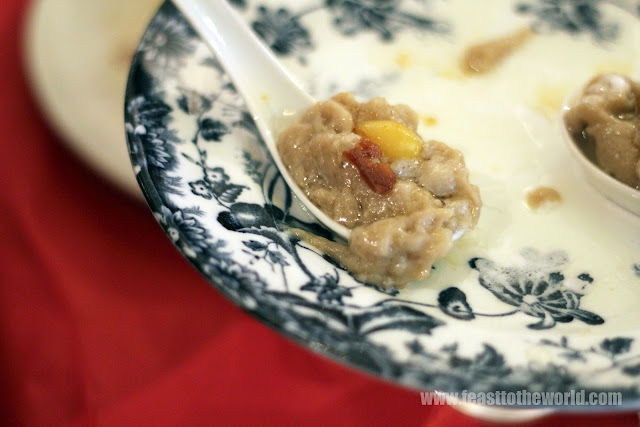 Of course, I cannot end the post without mentioning the next Plusivefive Supper Club event on the 30th June. This is especially exciting for me as I will be collaborating with Goz (a.k.a. Spongebob Squarepant) for my debut supper club entitled 'One Night In The Peranakan Palace'.The tickets unfortunately are now all sold out (in just under two days of going live!!). If you are interested in the event, follow the link to put your name down onto the waiting list or watch this space as more might be on the pipeline soon. 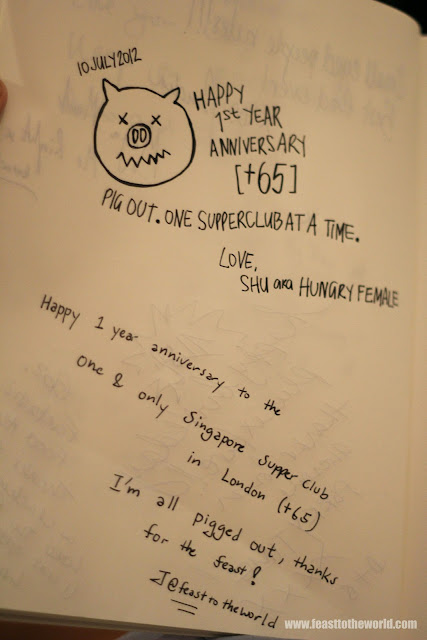 Posted by J@Feasttotheworld at Wednesday, June 20, 2012