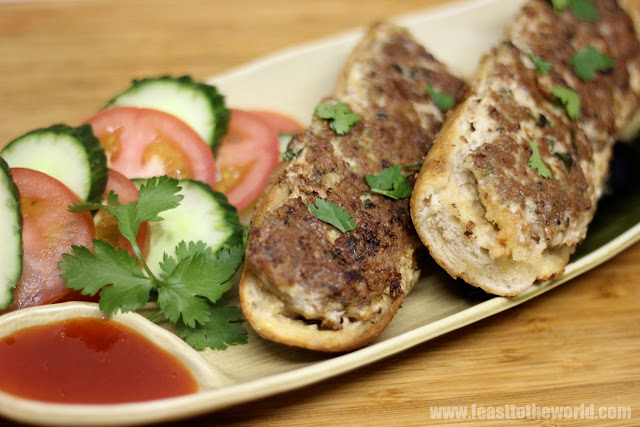 This craving just came on suddenly. One minute, Shuhan (of the incredible Mummy I Can Cook), Goz (of the equally fantastic Plusixfive supperclub) and I were discussing what we are going to serve for our new supperclub menu and then the next I found myself thinking of this utterly 'SINGAPORE' dish constantly. Not only has it been a while since I had Roti John, but it just suddenly dawn on me just how much I misses this Singapore eggy bready concoction.

And without any hesitation this went onto the final menu and the scene was set. What follows was a series of dishes that we yell out at sporadically and it just turn out that we, generally, as Singapore has quite a lot of dishes that are serve without rice. So for those of you who think that rice form the staple of every Asian countries (you are kind of right but I'm just going to ignore the fact here for the good of this statement)....you are WRONG! Yes, we don't just survived on those itsy bitsy grains of white fluffy   seeds. On the contrary, there are dishes like Kari Ayam (Nyonya Chicken Curry) and Chilli Crab that relies on loaves of baguette instead to soak up all those wonderful tasty sauce. 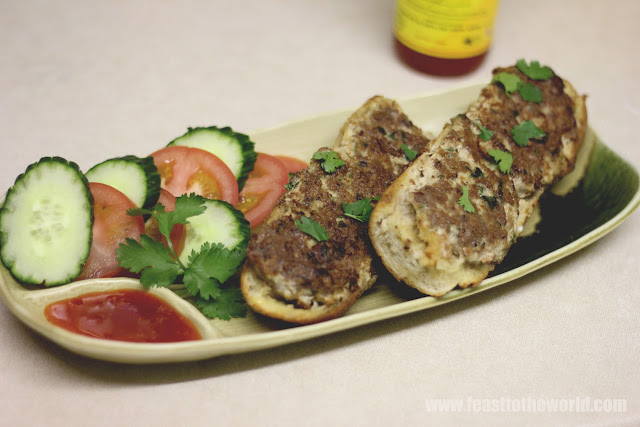 So after spending an hour or so, debating on dishes to be included and the theme, the finalised menu were imprinted onto my diary. News were leaked out via twittersphere and the a certain buzz were gradually building up around it (not really the case but just want to make it sound a wee bit dramatic to set the scene) And days later, the date were announced. 19th Aug will be our new Supperclub date and the 'NO MORE MR RICE GUY' post were released from the pun master Goz and the whole event were official.......we are having a NO RICE NO RICE night. 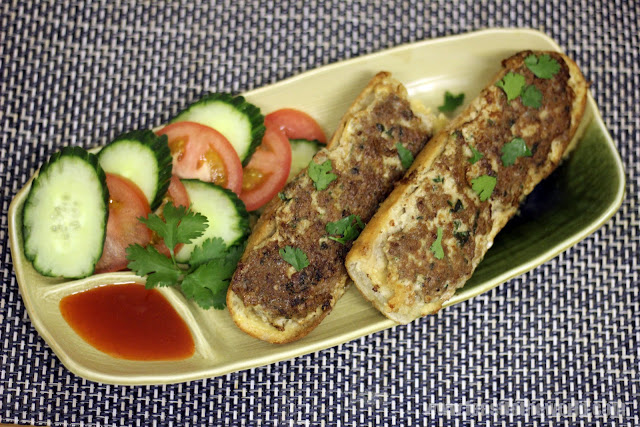 Now after reading all that rambling, you'll be wondering what on earth is this Roti John thing, well, let's just put it this way, I made this a couple of nights ago and 'It's really good, so it's like a pizza?' was the response I've got. In order for you to find out, you can either make this yourself using the recipe bellow of just come to the supperclub and try it for yourself and make your own judgement.

At the time of writing this, all the ticket were sold out but just in case you are interested and wish to be added on the waiting list, click on the link and you will be directed to the superb Edible Experience website. 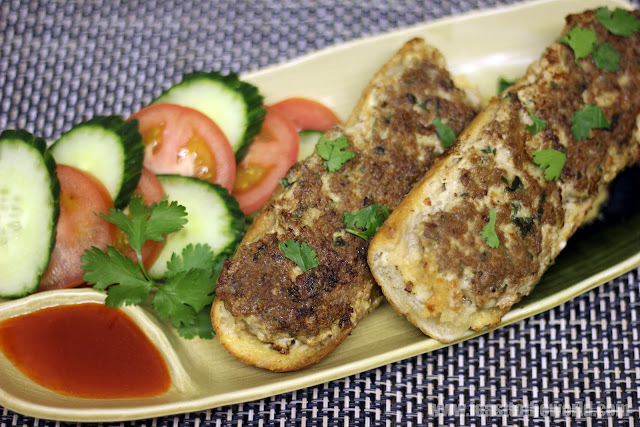 In a large bowl, mix the lamb, onion, garlic, chopped coriander, nutmeg, cloves, cinnamon, salt and pepper. Crack 3 eggs into the bowl and mix well with the ingredients, it should be in a runny and sloppy consistency. Set aside to marinate for an hour. 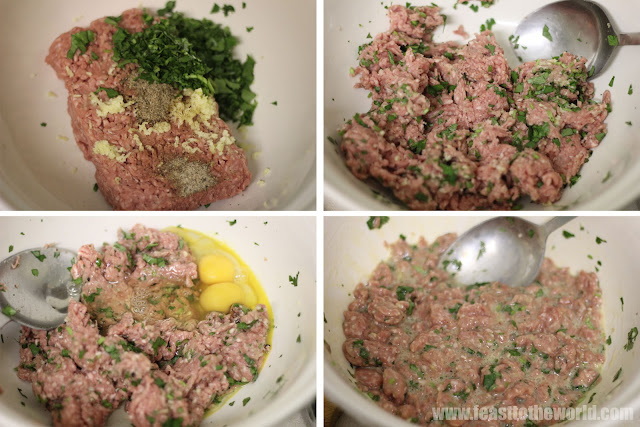 Heat the oil over a medium-low heat in a large frying pan. Add the meat filled baguette onto the frying pan, meat side down and fry for 4-5 minutes, until the mixture is golden brown. Turn the baguette over and fry on the other side, until the meat is browned and the bread is crispy, about 2-3 minutes. Repeat with the rest of the bread and mixture.

Posted by J@Feasttotheworld at Thursday, August 09, 2012