Blanch And Shock at The Endurance, Soho, W1 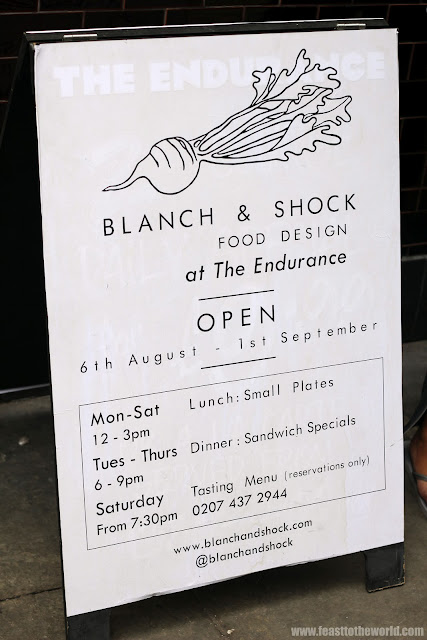 Blanch and Shock is a trio who have been cooking and catering for over four year and recently as part of the food spectrum initiative, they have been given a temporary residency at The Endurance, Berwick Street, Soho. Using only the best seasonal ingredients often sourced from small scale producer and sustainable source, the menu changes regularly according to the availability of the produce. After hearing good things about them from a friend, I've decided to pay them a visit with the very same friend as my lunching companion.

The Endurance provided a perfectly quaint and cosy setting to this whimsical pop up restaurant. The  dishes on the menu were creative and ranges from £2 - £7. Everything sounded rather tempting and it was quite hard to choose from. With such excellent value, we decided to go for almost everything barred the vegetable options and the Brioche-fried chicken wings with Hayonaise (it was sold-out). 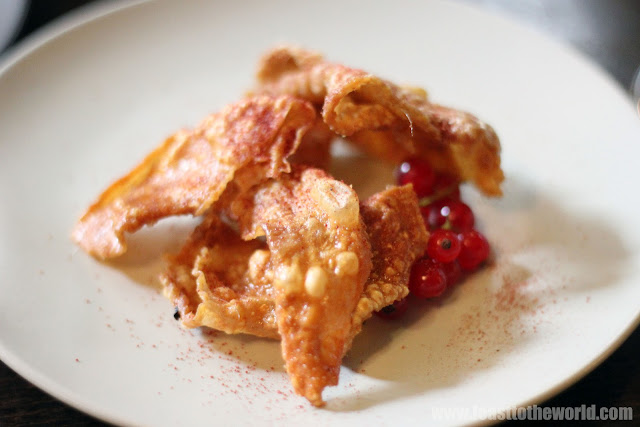 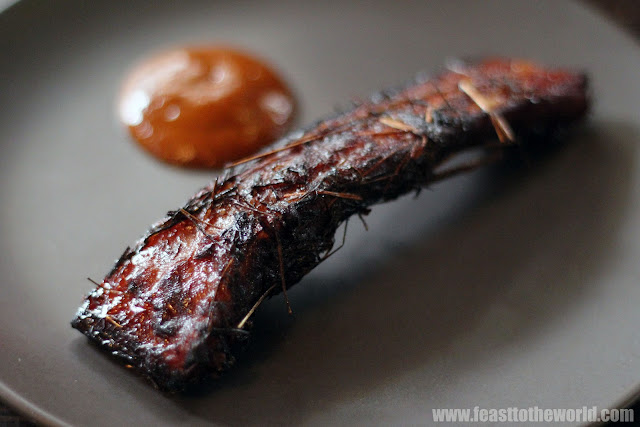 Everything came in small plates so it was perfect sharing food. The first couple of starters that arrived were delicious. The chicken skins (£2) were light and crispy and lightly ducted with the red currant powder which added a bit of tanginess and the Tamworth pork rib with hay (£2.50) was tender and smoky and served with an excellent sweet smoked tomato sauce that was rich and fruity. The only complaint my friend had was that the rib had reduced in size significantly compared to when he was here the week before. I tend to agree that the rib did looked a bit tiny, only because it was so good that I would have like a bit more of it. 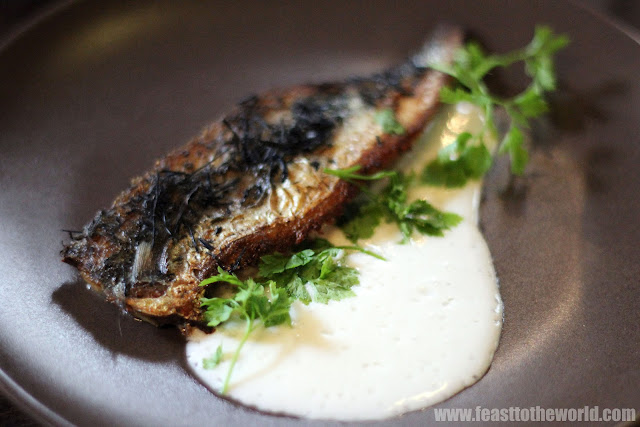 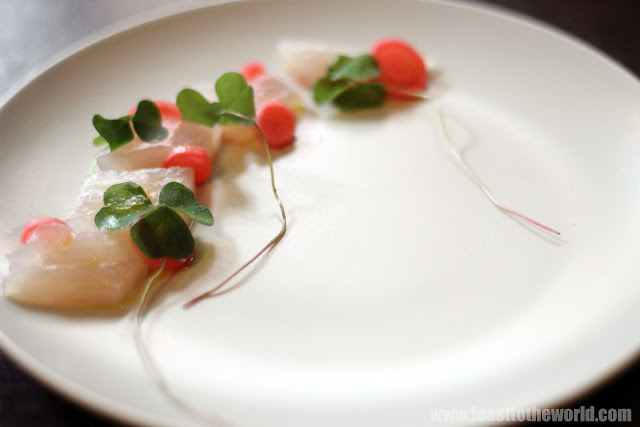 The two fish dishes were that followed were just as good in term of flavours and presentation. Hay flamed mackerel (£6) - hay seems to be a common theme throughout the meal - had a robust aromatic smoky taste, which were balanced by the sharp buttermilk and served alongside chervil and hay ash. The cured Bream, disco radishes, wood sorrel and reposed oil (£6) were beautifully light and fresh-tasting. 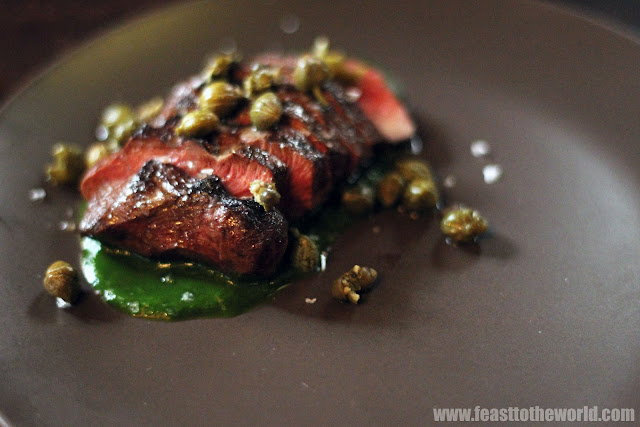 Ox heart, capers, parsley and green peppercorns were executed beautifully. Lightly charred on the outside and cooked to a wonderfully reddish-pink. It tasted meaty, rich and oh-so-tender. Everything on the plate worked and it was a superb dish, the best I would say, on the day. 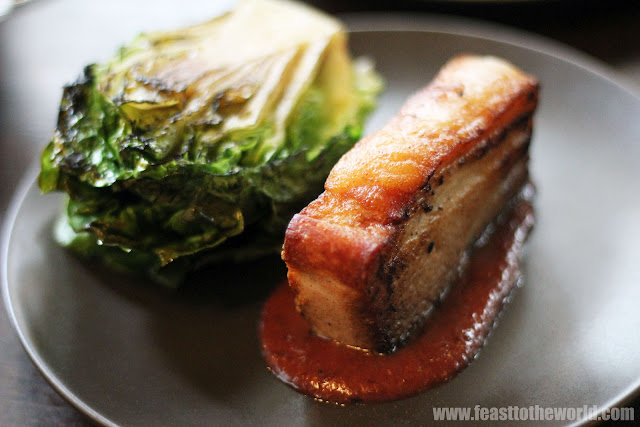 A close second contender as the best dish was the 12-hour pork belly (£7) buttery tender and melt-in-the-mouth, served with a fruity and sharp smoked with plums sauce and the charred crispy baby gems. Another dish that has all the right accompaniments and perfectly balanced ingredients to create a sensational dish. 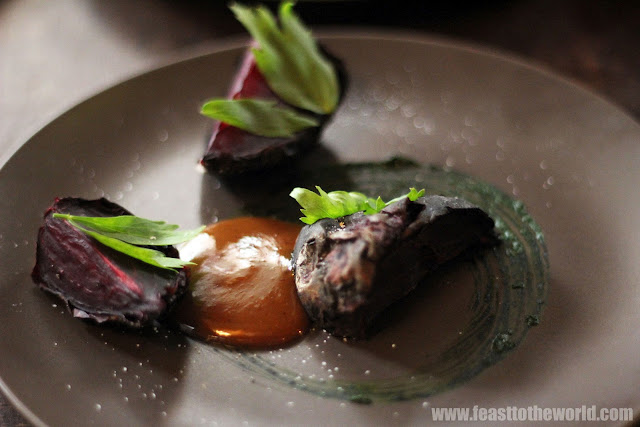 The beets cooked in the fire, gooseberries, lovage and chicken sauce (£4) was good but I wasn't really blown away by it. The beetroots were a tad dry for me.  That said, it was still a very well thought out creation nonetheless. 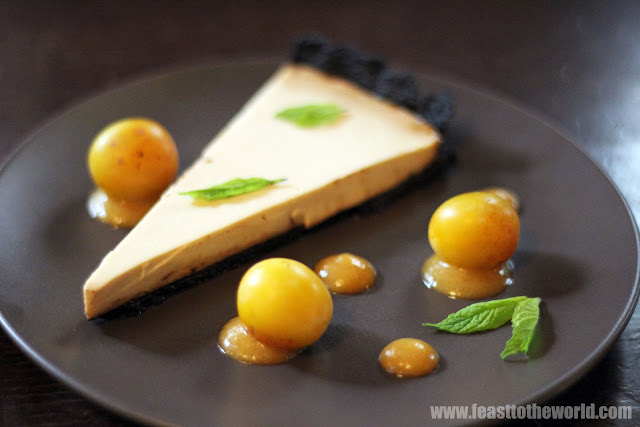 The pudding were up next. Hay and malt tart, mirabelle plums and mint (£5 ) were visually stunning. The creamy tart were excellent and the short, dark pastry had a hidden chocolatey-flavour which was delightful. 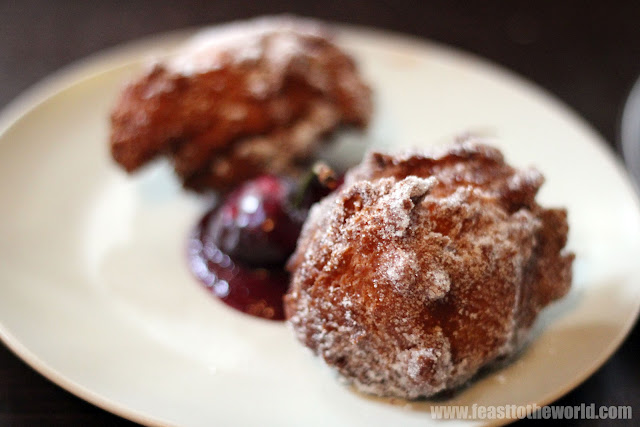 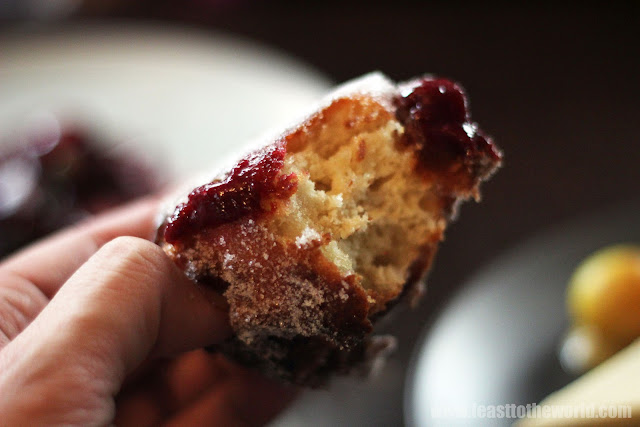 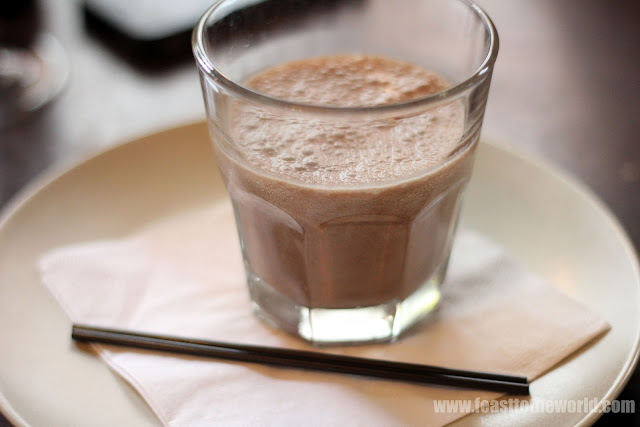 The Brioche doughnut were absolutely sublime served with the sweet cherry sauce. It was light and with just the decent amount of sugar. Highly addictive. The Single origin Choco-milk (£2) tasted like a rich chocolatey milkshake, a pleasant end to a fantastic meal.

At the time of writing this, there is only one week left to their temporary residency at The Endurance ending on the 1st September so for those of you who are tempted to go and try these guys out for yourself, its time to exercise your years of hidden Ninja skills and be quick to act. Even if you do have to battle your way through the groups of lunching crowd along Berwick Street market to make you way here, it's most definitely worth it.

Posted by J@Feasttotheworld at Saturday, August 25, 2012