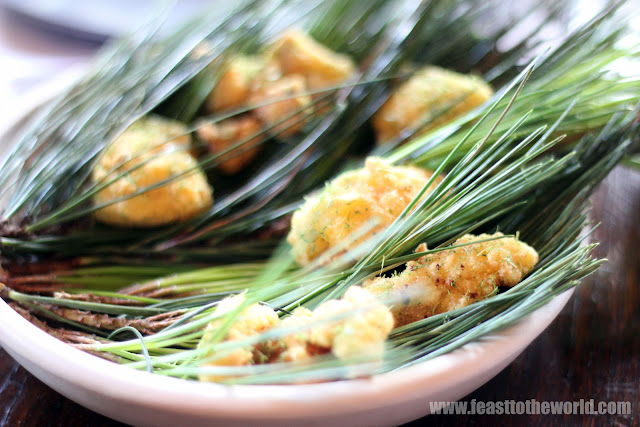 Upstairs at Ten Bells, so named because this return pop up restaurant from the Young Turk and The Clove Club collective literally took over the upstairs dining area of this famous old pub in Spitalfields. Having previously successfully fulfilled their last residency and the Young Turks, they came back with a new shake-up to the original team and once again bringing imaginative menu to the dining public. I have heard so much about the Young Turks but due to poor timing, have failed to visit their previous pop up so it was with great determination that I vowed to drop in for a meal by hook or by crook. And so I did.

M and I started off the meal with a couple of snacks. The infamous and highly recommended Buttermilk Chicken (£5.20) were these moist and tender morsels, coated in think crisp batter. It was flavoured with subtle and aromatic pine salt and artfully presented on a bed of pine needles. These were good and very moreish. 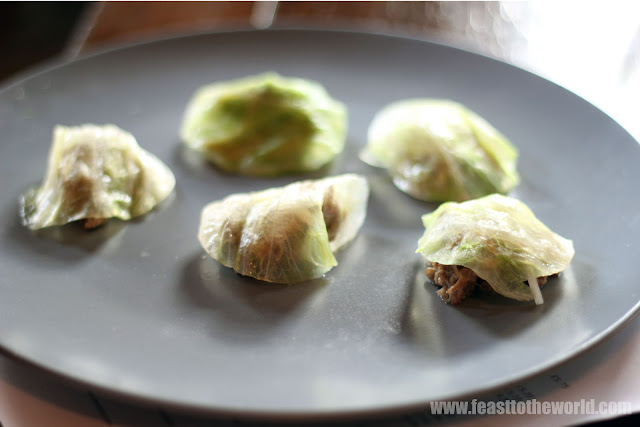 The pig's head (£5.10) were braised to meltingly soft consistency and little portions were placed onto serving plate with round disc of lettuce strategically placed over so it can be easily picked up and consumed. Richly flavoured and quite a nice little bite-size snack. 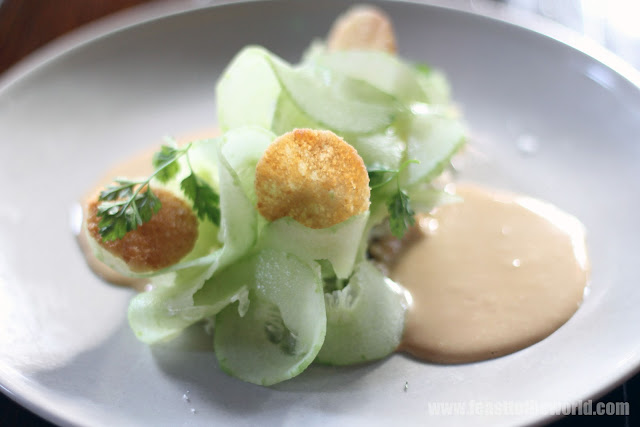 For starter, the crab and cucumber salad (£7.60) was sweet and refreshing and the crunchy Melba toast added a nice contrasting texture. M complaint that the cucumber swirl were a bit style over substance and it proved quite tricky to manoeuvre it into the mouth with everything else. Perhaps finely diced would have been a better choice. 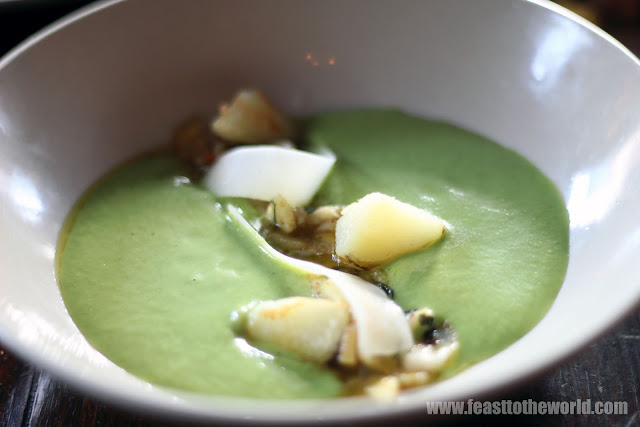 The courgette soup (£5.90) with razor clams were nicely spiced with Indian spices, yielding an aromatic piquant kick to the cold soup. The razor clams were beautifully cooked and tender. However, there was a slight bitter undertone in the dish that I couldn't quite put my fingers on it. It wasn't entire unpleasant but without which I think it would have been a superb starter. 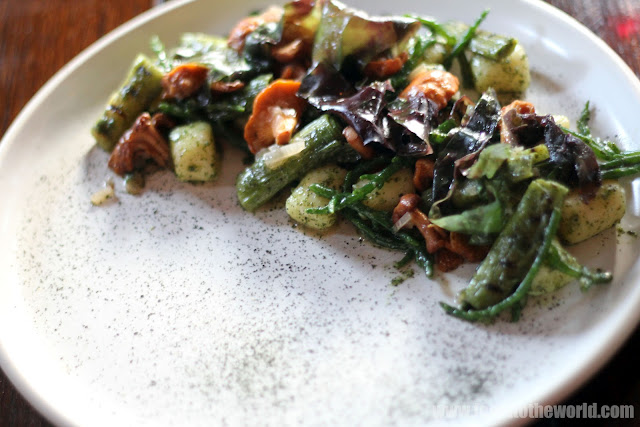 The Gnocchi (£14.70) were so light and delicate and I love the combination of the salty samphire, earthy girolles all lightly coated with seaweed butter. This was such a delicately flavoured and well executed dish. 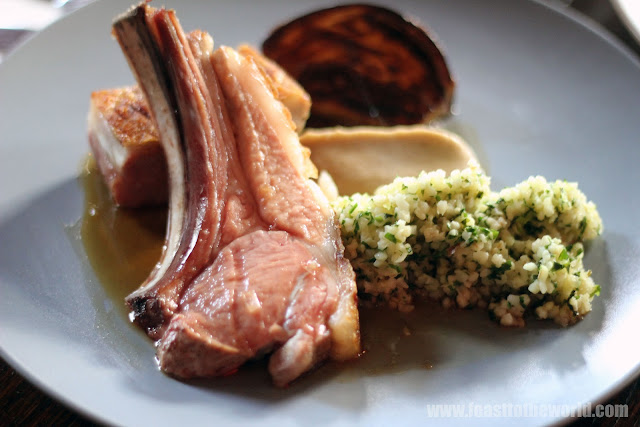 The Roast lamb saddle (£16.60) were so tender and even the layer of fat tasted melting delicious with no hint of greasiness which was not an easy feat with lamb. The gravy was sweetened with the dates puree and the appearance of bulgur wheat made this a rather nicely portioned and delectable main. The best dishes, by far, on the night. 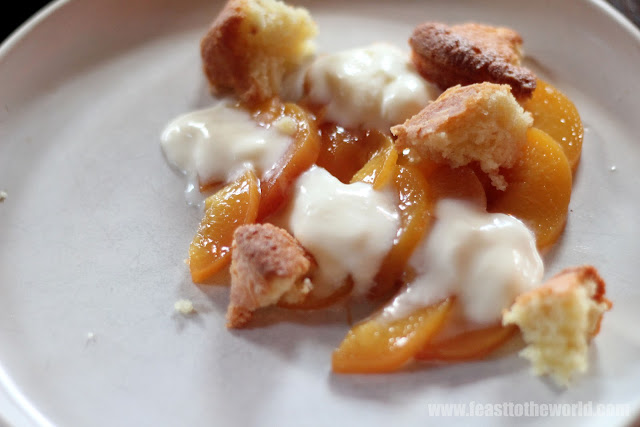 My pudding was the Poached peach, fragipane and creme fraiche sorbet (£6.50) which I have to agree with M, did looked kind of messy and too rustic. That said, it was very good in terms of  flavours - the fragipane crumbs were nice and light and the peach were sweet. I enjoyed it thoroughly. M had the cheese plate (£7) which had a good selection of British Cheeses. 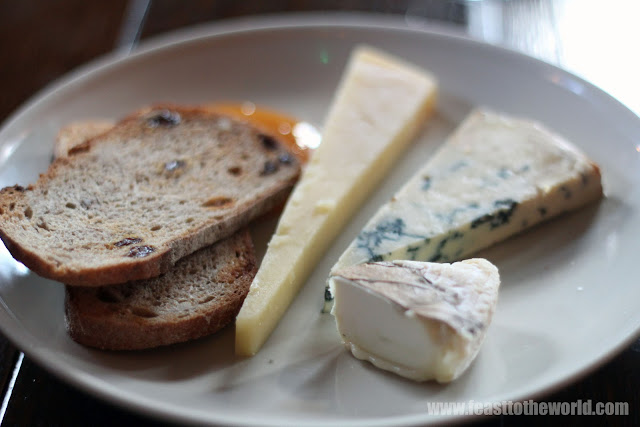 Overall, the service was amiable and the food served on the night were well thought out. There were loads of exciting ideas and creative execution which I think in time and with some fine tuning and tweaking, will make this a fantastic dining experience.

Posted by J@Feasttotheworld at Wednesday, August 22, 2012