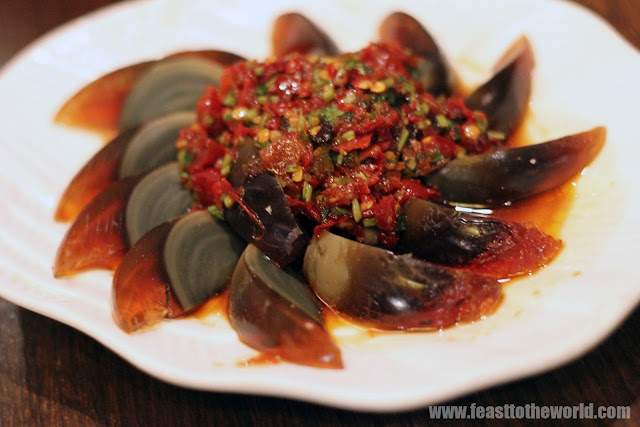 Ba Shan is a Hunanese restaurant, serving genuine food that come from this region and that means only one thing to expect, Chilli and indeed, it did not skimped on that front. A red plague that proudly greeted the diners upon entering proclaimed, ' If you don't eat chilli, you won't be a revolutionary'. And rightly so!

Situated only a stone throw away from the ever buzzing Chinatown, on a quiet corner street in Soho is this rather quaint little restaurant. With its Chinese teahouse facade and dark wood interior  it exudes a certain elegance. The beautiful hanging lanterns and oriental-style furniture completes this vision. Dotted around are memorabilia of Chairman Mao, who originates from the Hunan province. On my various visits, the service were cold but not entirely unpleasant which is much more than I can say for the rather off-hand manager. On a recent visit, we were told that we have only one and an hour's dining time, in a rather abrupt tone before we were even shown to our table. But to be fair, we overstayed slightly and he did not chase us out with a broomstick. Although there were quite a few exchanges of scrutinising gaze from across the room. 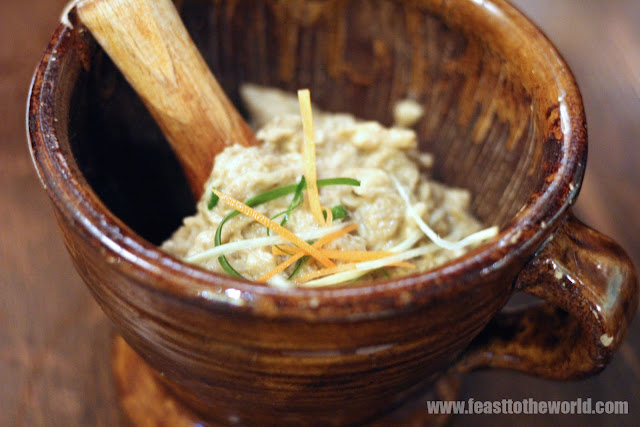 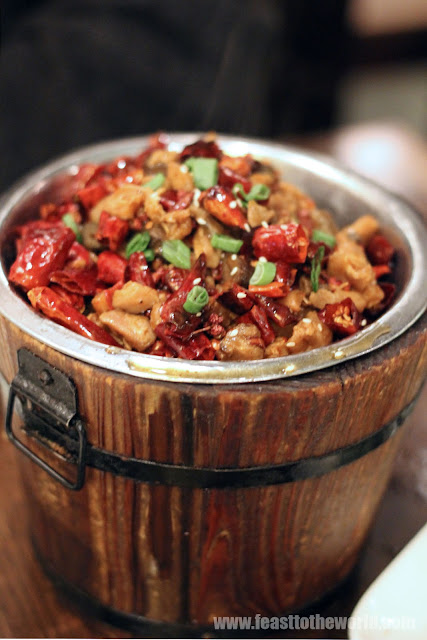 Despite the slightly underwhelming service, the food however, were excellent! The Preserved Duck Eggs with Chopped Salted Chillies 剁椒皮蛋 (£5.90) were surprisingly delicious. I was never a fan of these notorious gloomy looking century eggs when I was growing up but the few times that I have had them here were proofed to be an absolute treat. Served cold as appetisers, it had a crunchy yet gelatinous-like texture and the chilli kick paired very well and complemented the eggs.

One of my favourite was the Pounded Aubergine 擂茄子 (£6.90). Mashed with sesame, garlic and chillies, it arrived in the mortar and pestle that it was pounded in. This cold appetiser were silky and moreish. The absolute must-have for any visits.

The Bamboo-fragrant Chicken 竹香鸡 (£9.90) was these tiny chicken bites, buried in a vast amount of chillies and Szechwan peppercorn flowers. The tongue-numbing properties and chilli kick in this dish is of a higher calibre. The more you eat, the spicier it gets. It was utterly delicious, albeit a bit tricky to obtain the chicken from its fiery companions. Be prepared to munch through some of the chillies as you go along as I had....HOT! 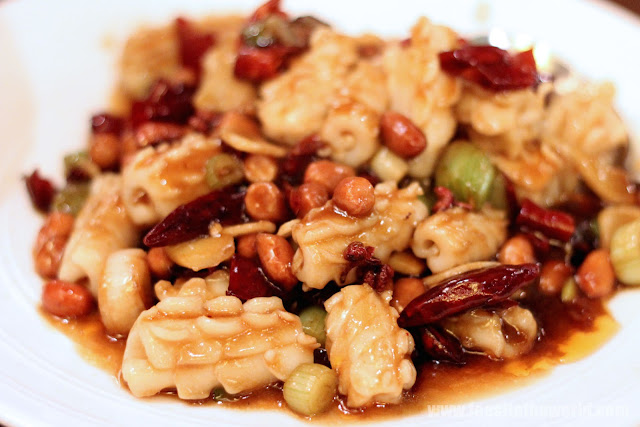 Gong Bao Squid with Peanuts 宫保墨鱼  (£9.90) was a huge disappointment for me. The classic sauce was far too sweet and the vinegar fragrant was overpowering. Although the squid were beautifully cooked, the  lack of balance for the sauce just ruined this unfortunately.

Dry Fried French Beans 干煸四季豆 (£6.90) on the other hand was a perfect classic dish. The beans were first deep-fried and then cooked with salty and spicy mince pork. Every bite let out that signature squeaky sound. 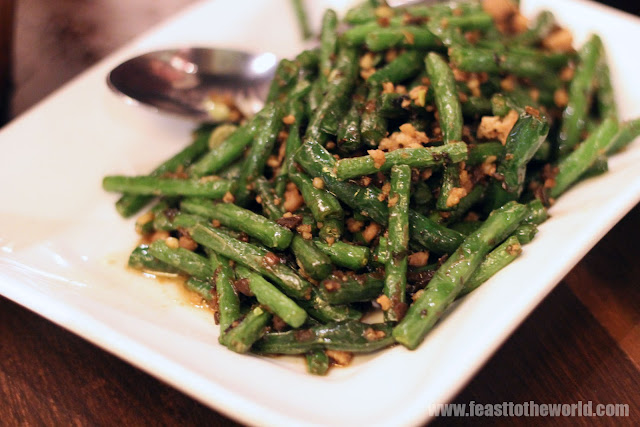 Another top dish that I must give mentioned was the Chairman Mao's Red Braised Pork 毛氏红烧肉 (£6.90) . Unfortunately I did not managed to take a picture of this as due to the yumminess look of this, it just somehow managed to disappear rather quickly before my very eyes and without even realising it, it was all gone! Damn my eager hands and those meltingly delicious pork!

For those seeking a good Chinese restaurant, rather than submitting to the humdrum faire of those offerings in the nearby Chinatown, I will suggest you to take a few more steps to the nearby Romilly Street for this Hunan restaurant. It might not the cheapest around, but at least you can be certain that you are paying for a truly satisfying meal. Just make sure you order some plain steamed rice 白米饭 (£1.50) to counteract those fiery heat.

Posted by J@Feasttotheworld at Monday, January 14, 2013