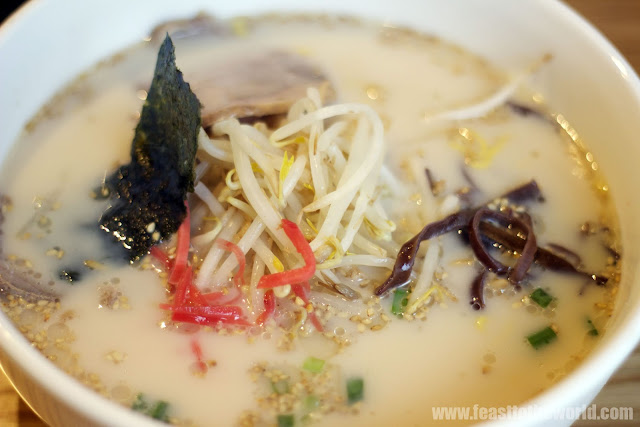 As a fan of ramen, I thought after my recent discovery of ramen heaven at Bone Daddies, my quest of searching for the perfect Tonkotsu would have come to an imminent end. Like in a fairytale, I have found my happy ending. Alas! Not so fast! Nope! It was sweet but little did I know that after years of being marooned in the ramen wilderness, millions of Londoners out there being robbed of the comfort of being able to enjoy a slurpingly-good bowl of hot, rich umami, ramen has officially gone stonkingly trendy. And when that happens, you expect to trip over more ramen-ya that you can shake a stick at. Even Yo Sushi has jumped on the bandwagon and gone ramen-mad! Shock Horror! (Disclaimer: I have not try their ramen and I cannot foresee myself doing so anytime soon)

And this brings me nicely to Shoryu Ramen. A quick background of this joint. This newly open ramen restaurant is an offshoot of Japan Centre. The chef originated from Hakata, Tonkotsu capital, and that is precisely what they proclaims to be serving here. I first visited them during the soft opening week, making full use of their 50% off offers. 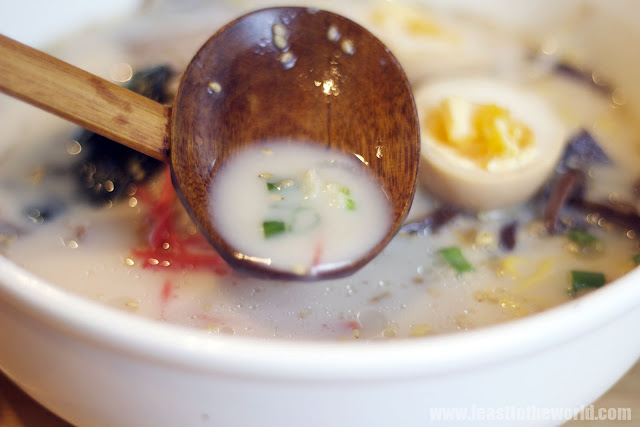 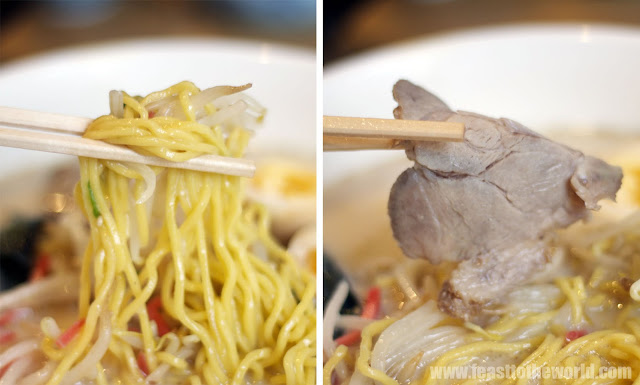 On the menu, there was a huge selection of ramen on offer but almost without any hesitation, the original Hakata Tonkotsu (£8.90) was what I went straight for. When it arrived, I was dissapointed by what I saw....no Nitamago(seasoned egg) ??! I  had to place an additional side order of these and what arrived was equally disappointing - overcooked eggs. Begrudgingly, I start slurping my bowl of steamy noodle. The milky broth was a tad too gingery for my liking, and that it overpowered the otherwise rich and porky broth. There was depth of flavours within which just seemed unfortunate to be masked by the taste of the ginger. The wrong noodles were used and the bouncy strands became a bit too heavy when paired with the collagen and fat laden white broth. And sadly, I didn't like the Chashu either, the used of lean pork yielded slices of dry, chewy meat. So all in all, disappointing toppings aside, it was quite a relatively good bowl of Tonkotsu.

The good news is, unlike most restaurant, the chef behind this ramen joint actually paid attention and listened to customers feedbacks. As apparently, I wasn't the only one disappointed by the ramen. Taking in all the constructive criticisms, they continuously to evolve their offerings. Over the past month since they opened, they replace the noodles with the proper leaner and straighter Hosomen; added Nitamago to every bowl of ramen and using fattier cut of pork.

I was rather excited again, when I decided to return to sample their newly improved ramen along with some of my other foodie friends. The menu appeared to be even more elaborate, there was a whopping 13 ramen options. I went for the Piri-Piri Tonkotsu (£9.90) with an extra portion of Charshu (£2).

The ramen arrived, this time round looking much more complete with the soft-boiled Nitamago. The broth retained that rich umami but with a good spicy kick which I enjoyed. The pork were meltingly tender, just how it should be and the hosomen noodle glide straight up my mouth as I quietly slurped away.  My fellow dinner, Kavey offered me some of her Karaka Tan Tan Tonkotsu (£9.90) which came with pan fried mince pork topping. Still good but although I must say, I prefer the spicier version as I just think that for their original Tonkotsu base, I couldn't help but comparing it to the richer broth which I am so addicted to over at Bone Daddies. 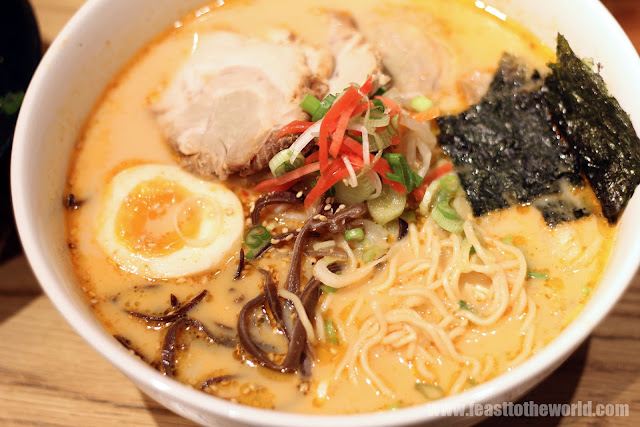 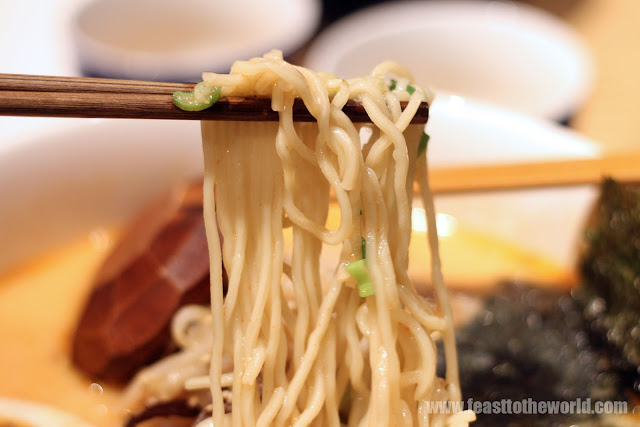 As for the sides, there were a few that stood out. The wakame salad was light, refreshing and crunchy. The hint of chilli kick were a nice little surprise. The Shishito peppers was another delight. Roasted with yuzu and sea salt, the fingers-size chilli were quite moreish. The prok gyoza were stuffed full of filling which was good but a tad underseason for me, although it was still one of the few better ones that I have tasted. The puddings too were thoroughly enjoyable.


So how does Shoryu fair in my inner ramen richter scale, to cut the long story short, I like it. It's good and price-wise, it's most definitely the cheapest. However, personally I would pay more for better toppings and way superior Tonkotsu over at Bone Daddies but that is not to say that I have strike Shoryu off my radar completely. After all, they do serve a stonkingly good bowl of ramen! Slurp......! 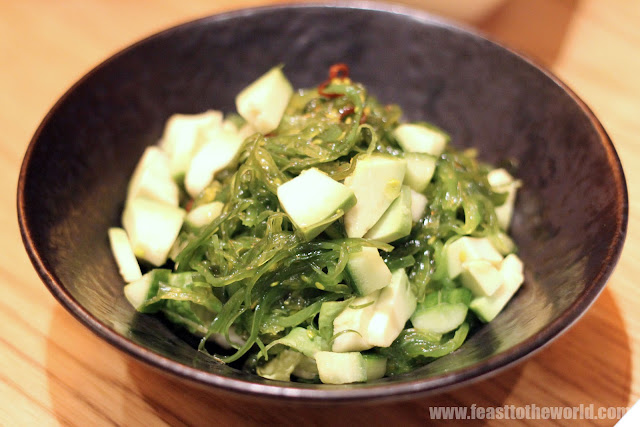 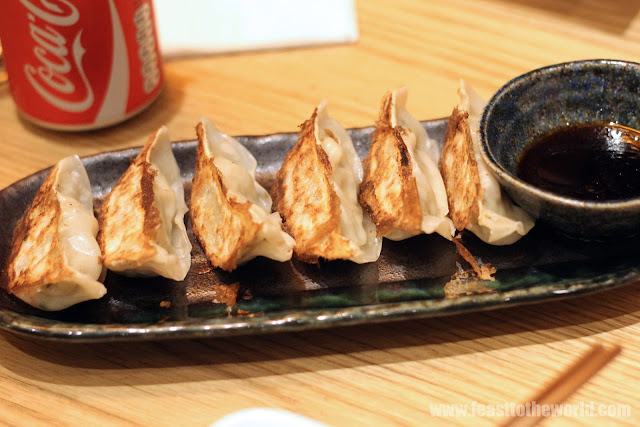 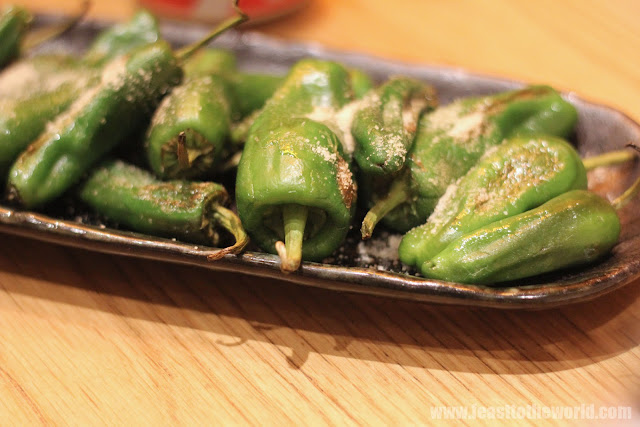 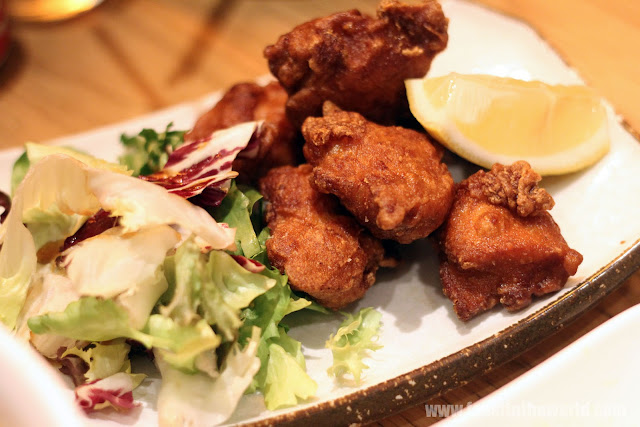 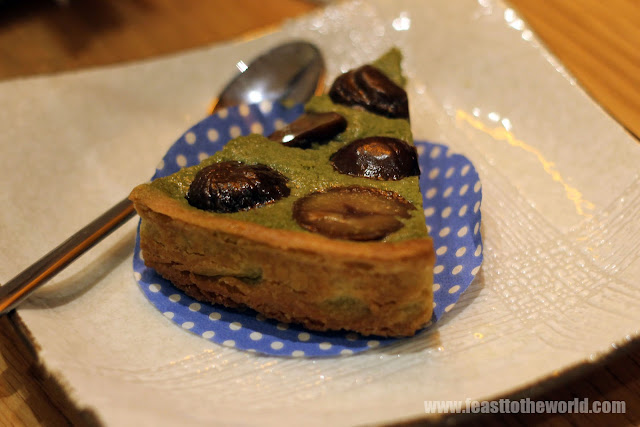 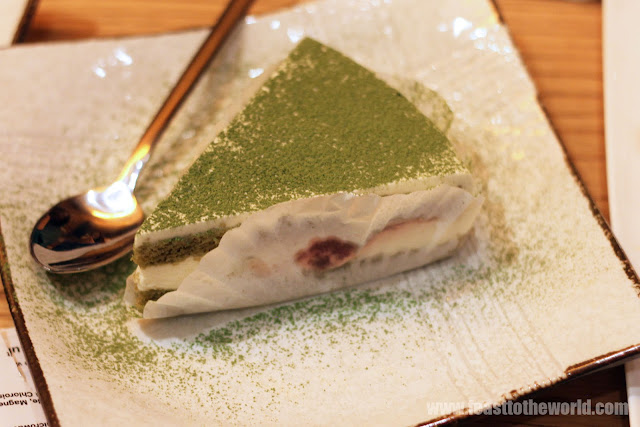 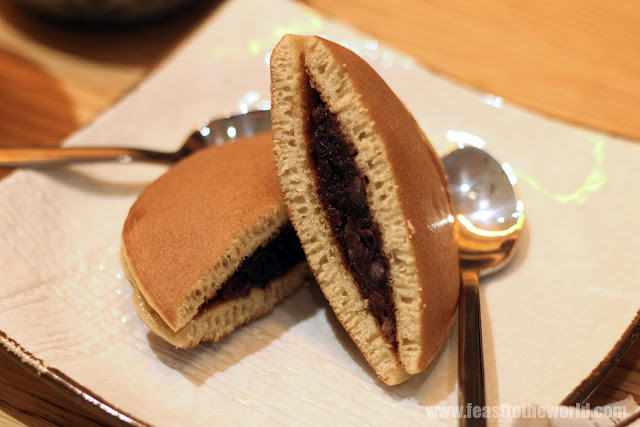 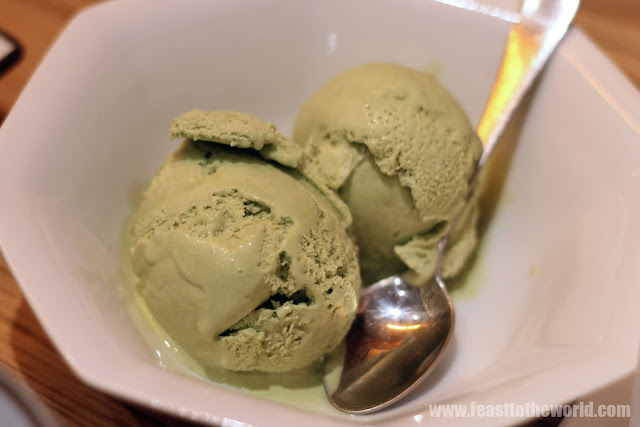 Posted by J@Feasttotheworld at Thursday, January 17, 2013