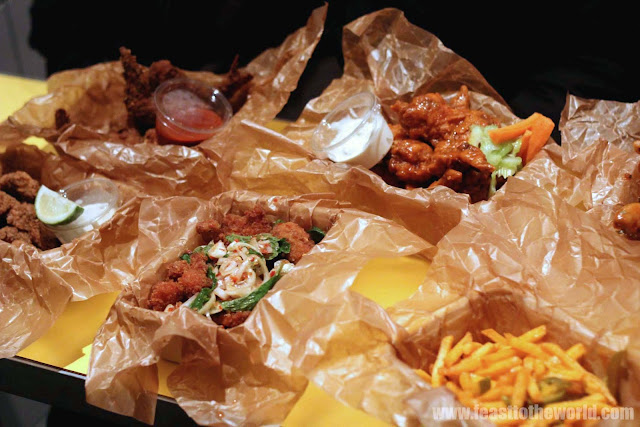 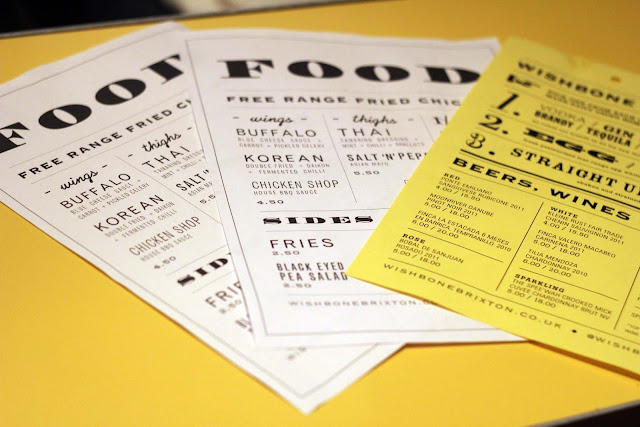 After months of anticipation, the long awaited new chicken wings joint Wishbone has finally open to the wings-loving public, i.e. Me!. What followed were some high praises and accolade gathered on my twitter and instagram feed so you can pretty much guess the excitement in me when I finally managed to drag myself all the way down south of the river, back to Brixton village once again to get a proper tasting of this new much-hype offering.

Upon arrival on a quiet Sunday afternoon, my friend John, a fellow fried chicken enthusiast, and I managed to snag a table without any difficulties. As with most venue here, they don't take reservation. There was a wide selection of fried chicken on offer and all using free-range bird.

We ordered pretty much all the fried chicken options that were available on the menu, talk about being obsessive. Amongst the selections were the Buffalo wings, Korean fried chicken wings and the Chicken Shop wings, all priced at £4.50. We also ordered both the thigh options on the menu -Thai and Salt 'n' Pepper (both at £5.50) along with the highly raved Hot Mess (£4.50) and the Deep fried Mac 'n' Cheese (£4.50) sides. 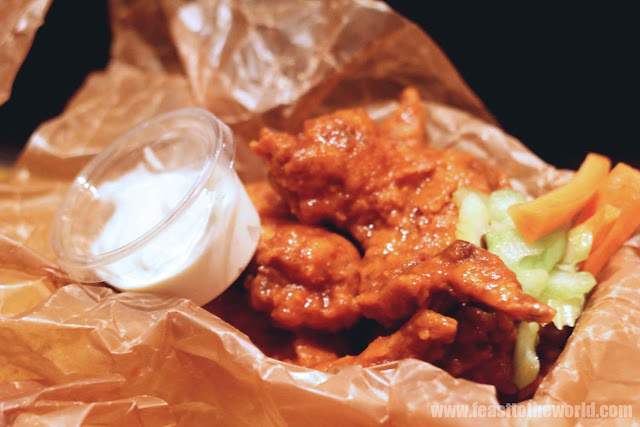 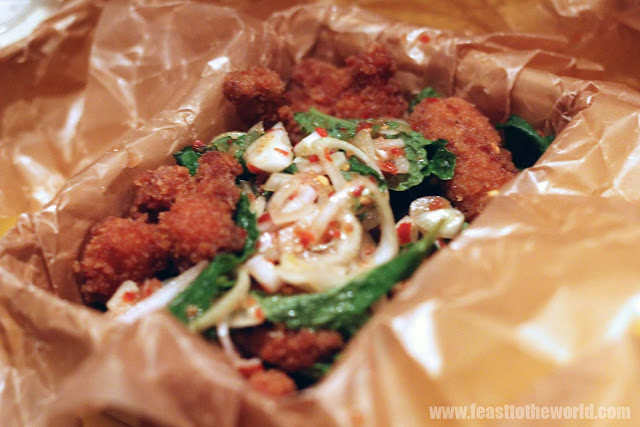 What can only be described as monster wings rapidly descend onto our table, one after another and within minutes, our table were filled with a chicken fiend's idea of food heaven. The wings were no doubt of a generous portion, 4 humongous looking creatures in each tray, threatening to fly out of their confinement anytime soon if we don't make a dash for it, and so we did.

Biting into what looked like a giant wings were merely deceptively thick crispy batter that coat the wings. The buffalo wings were a tad tangy for my liking and lack the spicy note that I would usually associate with them. The Korean wings were another disappointment. The signature wispy light coating, double fried to crispiness in a spicy piquant Gochujang seemed to give way to yet another thickly battered and sharp tasting concoction. I'm beginning to see a trend here. I was glad that lots of serviette were on offer by the table as on this occasion, I really didn't feel like like the sauce of my fingers. Thankfully, the plain Jane Chicken Shop wings were much, much better. Even though still way too much batter, at least they do not have the overpowering sauce that musked what faint taste of chicken there was lurking in the wings. 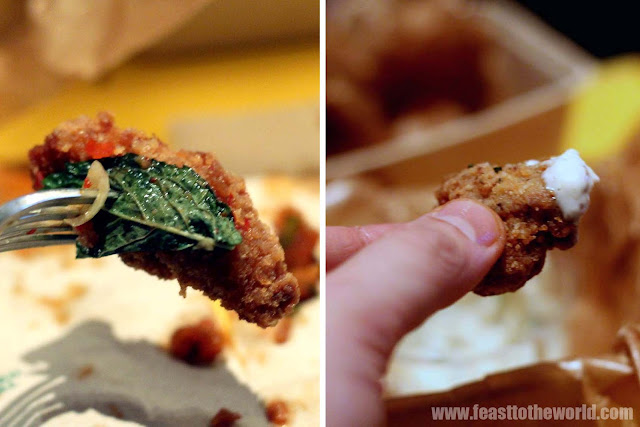 On a more positive notes, the thighs were these bitesize morsels that were actually rather good. They were light and crispy. The culprit of thick batter which were evidence in the wings were not in presence here. The coating were delicate and just right. The Salt 'n' pepper were decidedly moreish. For the Thai option, these fragile morsels were topped with a tangy tamarind dressing which had the right balance of sweet,sour and spiciness. The crunchy onion and mint provided a touch of fresh zing to the overall flavours.

As for the sides, the 'dirty' Hot Mess was indeed as described, a tray full of fries, top with messy melting blue cheese, jalepeño, pickles and (once again) very tangy sauce. I wasn't too keen on this. The deep-fried mac 'n' cheese however, were the better of the two. These crispy breadcrumbs coated blocks were filled with gooey and cheesy fillings that were a joy to eat. 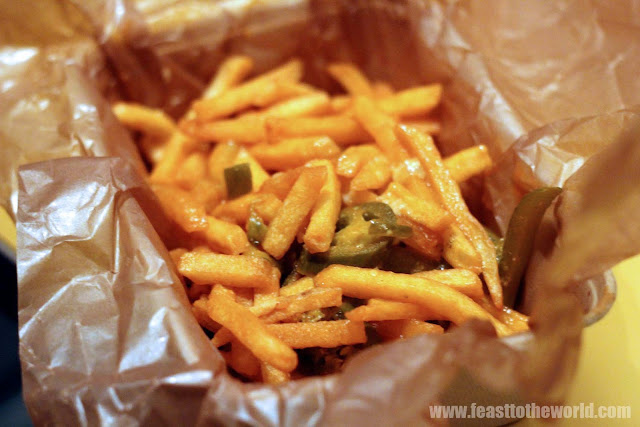 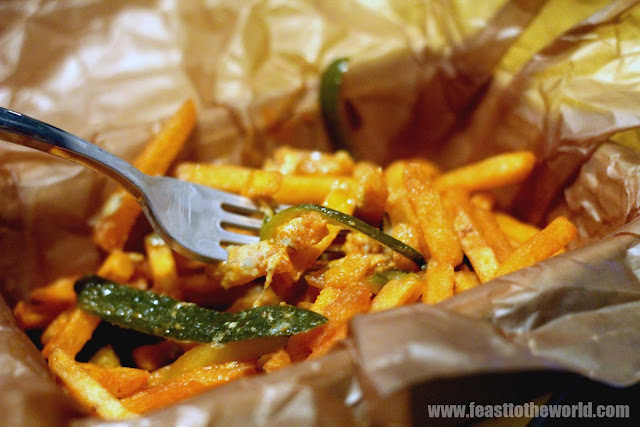 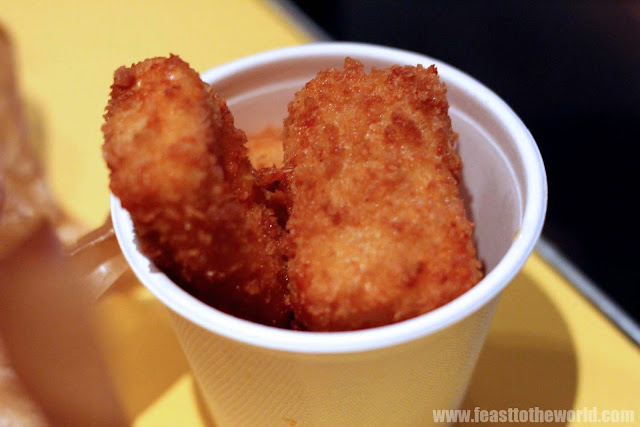 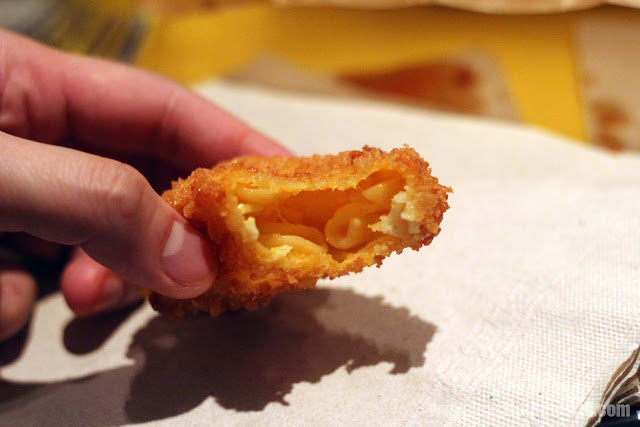 Overall, I did felt a bit let down by all the hyped. Although I did enjoyed almost half of what was on the menu. However, as fried chicken wings were supposed to the their main draw, it just simply did not delivered on that front. I have had better fried wings from The Orange Buffalo in Brick Lane and my all time favourite Spit and Roast. Even those available at the nearby Mama Lan were a much better offering, I do struggle to see if I will be returning. Maybe I will, if I happened to be in Brixton and craves for some wings but it is definitely not going to be a destination trip down south for me.

Posted by J@Feasttotheworld at Friday, January 04, 2013