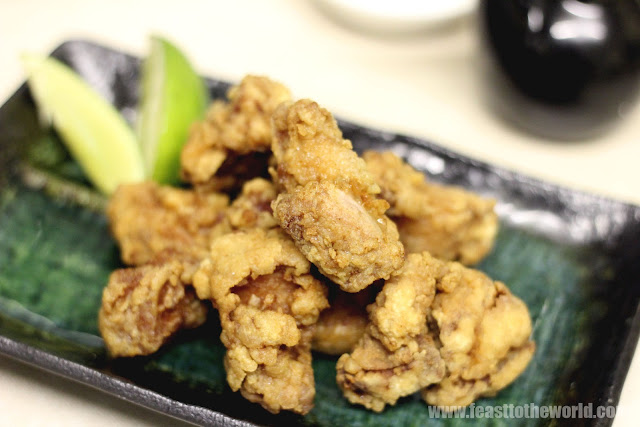 It's no secret that I adore fried food. I think I may have publicly proclaimed that many times over my twitter rants or even here on my blog. Sometimes I think anything deep fried seem to increase their tastiness by ten fold and appears that much more alluring to me. Take chicken for example, very often, I will have some leftover juicy pieces of poached, steamed or roast chicken that although it might be nice and delicious at the time but somehow always managed to avoid my gluttonous jaw. I frequently blame it on the sheer amount of food that I tend to conjure up. Yet if I swap those with crispy fried chicken and lord and behold, the sentence ' I think I have had enough' will never be uttered from these grease-smeared lips of mine. Like a caveman on heat, I will devour them in less than two shakes of a lamb's tail. And believe me, that was no exaggeration.

Fried pork belly falls into that 'blink-and-you'll-missed-it' category in my house. And this is a fine example of how something so simple can be magically turned into a Michelin status worthy (that may be an exaggeration but work with me here folks) dish. This is something that made many appearances back in Ipoh when I was a child visiting my nan. 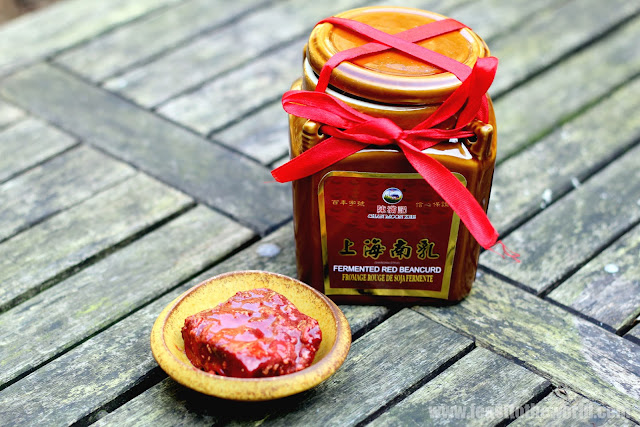 A popular pastime in the community where my Nan lived was the mahjong game. My uncle was quite frankly addicted to this. Every weekend, the neighbours would popped round and the table will be set up for the game. On a little side table will be bottles of Tiger beer as well as a selection of snacks to get them through the never-ending round of mahjong. A plateful of my Aunt's famous Hakka fried pork belly bites would always be there amongst the nuts and melon seeds. Due to my naivety as a child, I would make a few deliberate 'accidental' strolled past this feast-filled table and bypass the beer ( What was I thinking ???!!) and reached for a handful of this crispy, salty bites and popped them into my eager mouth. So juicy and moreish there were. Later on as I grew up, I 've learnt how to make this from my Aunt, it was only then I realised this simple treats can now be forever within my reach.

The secret to this lies in the used of the fermented beancurd. There are two different varieties of this: the white ones are known as Fu Yee/Fu Ru 腐乳 (as featured in my stir-fried water spinach recipe) or the red variety known as Nam Yee/Nan Ru 南乳 that's shown in the photo above. This contains red yeast rice in the brining liquid thereby giving it a glorious ruby red appearance. One of the most indispensable ingredient in Hakka cuisine and is frequently used to enrich braising dishes for extra depth. It can be rather salty so always use sparingly. It is also a popular accompaniment with bowls of plain white rice porridge.

This goes perfectly with ice cold beer.....my uncle was right. 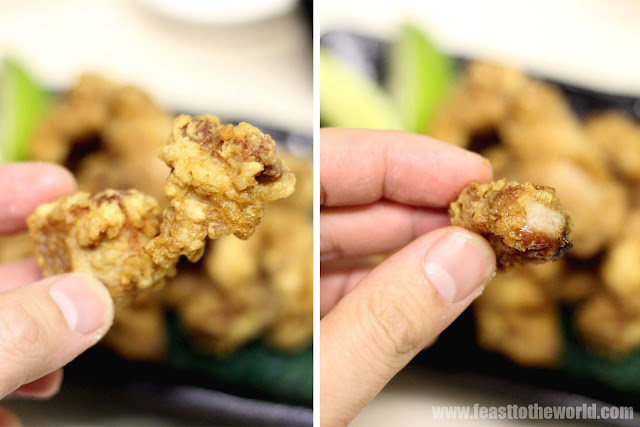 In a large bowl, combine the pork belly pieces with the fermented bean curd, soy sauce, glutinous rice wine, sugar, black pepper and sesame oil and mix throughly. Set aside to marinate in the fridge for at least 4 hours, or preferably overnight in order for the flavours to permeate the meat.

When ready to cook, take the pork belly out of the fridge and allow it to come to room temperature.

Heat the oil in the wok until a piece of bread sizzle and turn golden brown in 30 seconds when dropped into the oil, about 180ºC or alternatively, use a deep fat fryer. 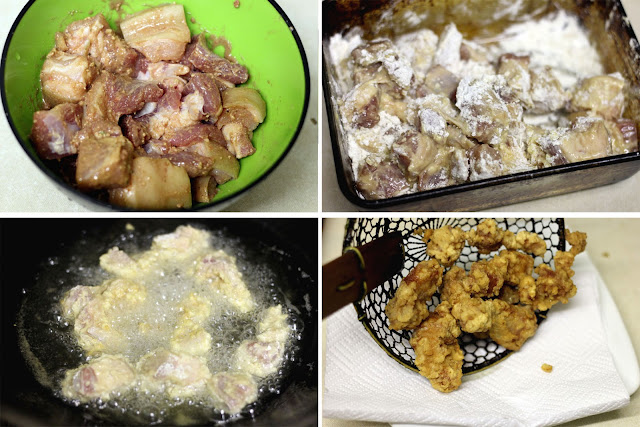 Lightly beat the egg in a small bowl. In a separate bowl/dish, mix the plain and corn flour together. Add the pork belly pieces into the beaten egg a small batch at a time and coat well. Then dredged in the flour fixture thoroughly and shake of any excess flour before deep frying for 7-9 minutes, or until cooked through and golden brown. Removed and drain on some kitchen paper. Keep warm in a low heat oven while you repeat with the rest of the pork.

Posted by J@Feasttotheworld at Wednesday, March 06, 2013