When Is A Chicken Not A Chicken? When It is A Kampar Chicken Biscuit (Gai Zai Beng 鸡仔餅) 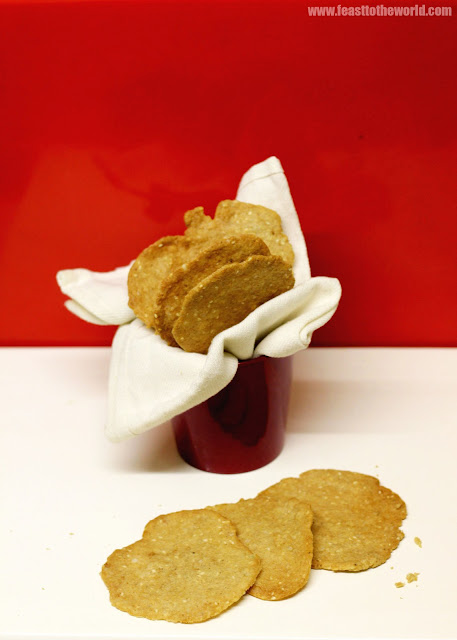 You are probably wondering after reading the title, 'why on earth would somebody attempting to bake biscuits for their pet chicken? ' but let me clarify this for you. First of all, unlike a dog biscuit, this is actually not for chicken's consumption and secondly, I DO NOT HAVE A PET CHICKEN, unless you count Tamagotchi as one which I'm still pretty sure will make a popular comeback someday (fingers crossed). And lastly, no chicken was harmed in the making of these biscuits. Despite the name, it doesn't really contains any traces of chicken (let's not bring up the egg or I can sense another one of those Chicken or Egg debates coming).

Gai Zai Beng, literally translated as Little Chicken Biscuit is a confectionary biscuits that are made using flour, lard, candied melon, five spice powder, maltose etc. A cross between savoury and sweet if you like. Immensely popular back in Ipoh, Malaysia, especially those from Kampar, a nearby town are famous and highly sort after. Many tourists to the region will almost certain to buy some to take home with them. Unfortunately, such luxury is beyond me, being thousand of miles away so the next best thing is to bake these myself. 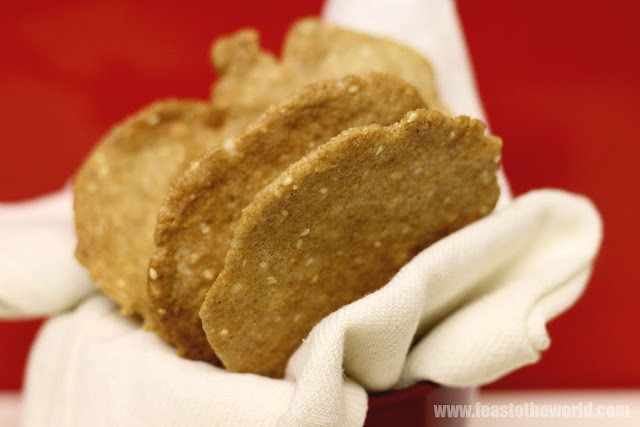 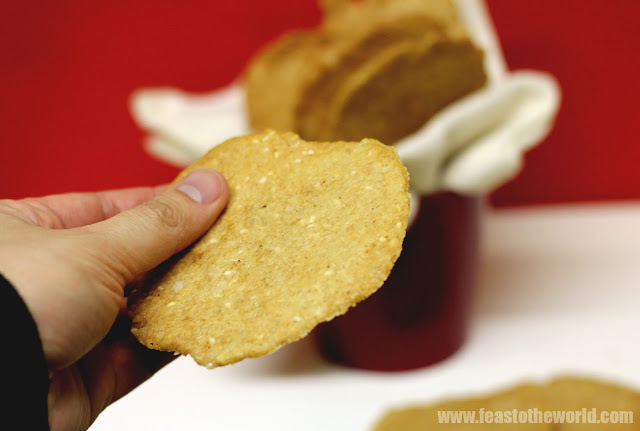 Having established earlier that since there is no chicken in the ingredient, so why the name? For the purpose of this post, I have done a bit of googling research. Chicken biscuit was apparently invented during the Qing Dynasty by a servant of the famous Chengzhu Restaurant in Guangzhou. The biscuit derives its name from its inventor Siu Fung,  which means Small Phoenix but is also used to describe a small chicken in Cantonese slang.

Does anyone know any other explanations on how the name came about, let me know.

There are two type of Chicken biscuit, the thicker version, which contains candied pork lard is slightly doughy and chewy and then there is this, the flat, crispy type. This is slightly easier to make as candied pork lard take days to prepare. I have a bunch crystallising in the fridge at the moment so I will hopefully attempt the thicker biscuits at a later date. But for now, these will have to do and you know what, I'm not complaining, they tasted just like how I remembered them. Yum Yum! 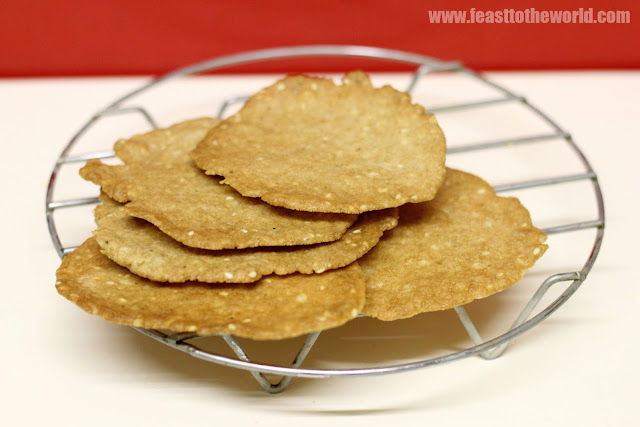 In a separate bowl, mash up the lard and Nam Yee/fermented red beancurd and add this to the flour mixture, along with the egg, maltose or honey, kecap manis or dark soy sauce and mix thorough to bring the mixture together, adding the water a table spoon at a time. Stop adding water when the mixture resembles a crumbly dough. Don't allow it to get too wet and sticky or it will be tricky to manage at later stage. Cover with clingfilm and set aside to rest in the fridge for an hour. This allows the dough to firm up. 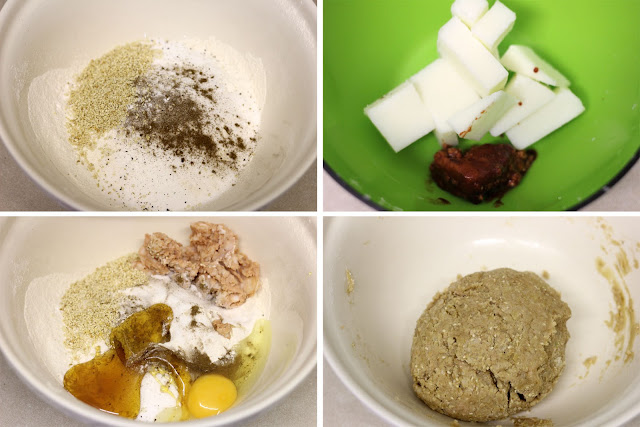 Preheat the oven to 140ºC. Line a baking tray with parchment paper lightly greased with oil.

Remove the dough from the fridge. Pinch a small ball of dough, roughly the size of a large grape, and roll into a flat 1mm thick disc between two sheets of greased clingfilm. Transfer onto the prepared tray and repeat with the rest of the dough. Bake in the oven for 7-8 minutes, until golden brown.

Transfer the biscuits onto a cooling rack and allow to cool completely before storing in an airtight container.

Posted by J@Feasttotheworld at Saturday, March 09, 2013