Before I have even enter Yipin China, I have heard good things and rave reviews about this place. Quietly tucked away from the main thorough fare of Upper street in Islington, where most restaurants tend to gather is this Hunanese dining venue. The last time I had food from this region here in London was at Ba Shan which I thoroughly enjoyed. That restore my faith in the possibility of finding good Chinese restaurant after all. So I had high hopes.

The restaurant, like most Chinese dining places, is slightly utilitarian and lack of any distinguishing character. Not that that was a bad thing as it is not something that you expect unless you are going to a poncy, Michelin-starred chasing restaurant.

The fully illustrated menu, complete with pictures of the finished dish were a brilliant way to dispell any confusion about what the named dishes were. You just simply point and order which is what I did with my absolute favourite dish - Chairman Mao's red braised pork. Boy, did they look good in the photo! The rest of my dining companions swiftly did the same and then the waiting game began, which was not that long really. A smooth parade of dishes appeared before our eyes and in a matter of minutes, an arrays of colourful dishes landed on the lazy susan awaiting for our assault.

The dish I was most excited about unfortunately was also the dish that I was most disappointed with. The red braised pork were not melt-in-the-mouth as they should be but instead was tough and chewy, miles away from the meltingly tender version at Ba Shan. 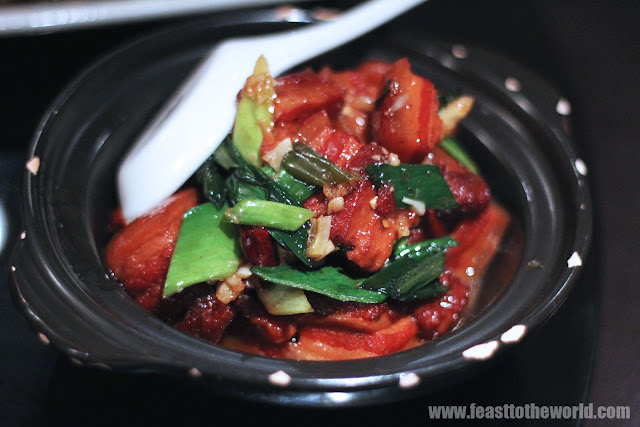 Both the mouth-watering chicken and the spiced fungus were nice and refreshing. Although I found the chicken to be a tad tasteless and in comparison, I had a better version of this from Seventeen which had a better texture, taste and kick to it. 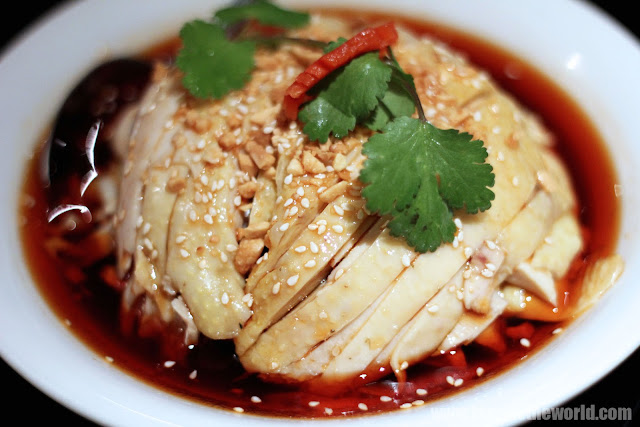 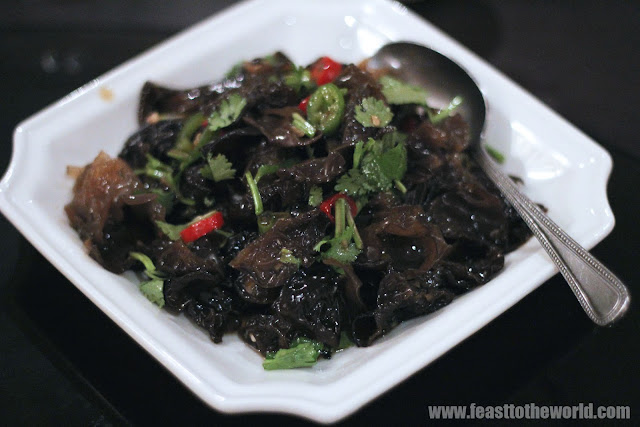 The sea bass was perfectly cooked, velvety and tender but unfortunately, suffered the same lack of taste as the chicken dish, which was a shame as otherwise would be perfect. As for the Lamb skewers, they were just too tough and chewy. 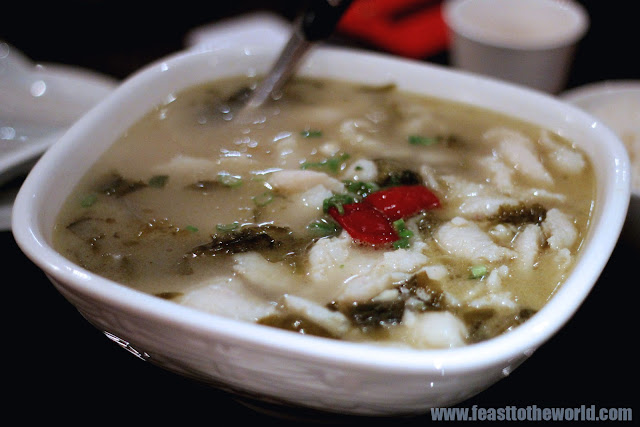 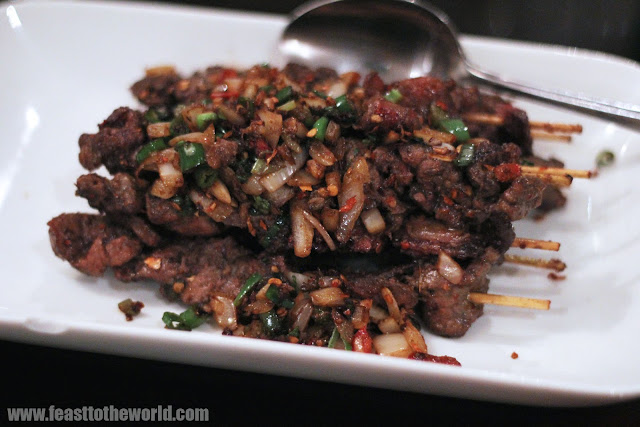 Saving grace finally showed up in the form of the Man-and-Wife offal slices. It was punchy, had a good spicy, sweet and numbing balance which was divine and definitely perks me up a bit after navigated all the lack lustre offerings so far. 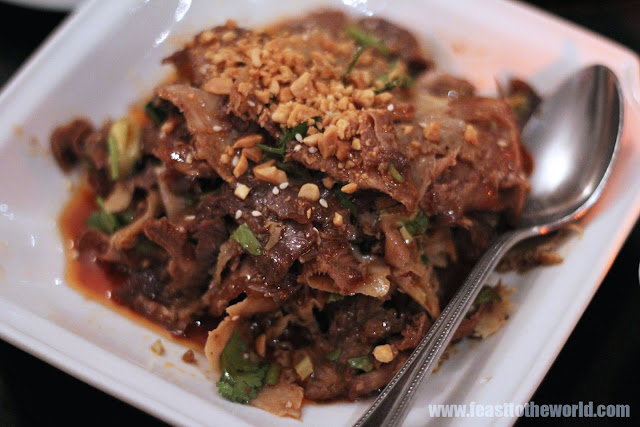 Thankfully, the good dishes did not end there, both of their signature dry-wok dishes were indeed superb. Served on a hot sizzling mini wok on burner, each contained beautifully flavoured content, filled with smoky, numbing heat that were so typical of Hunan cuisine and were fine specimens. The chicken, in particular were the better out of the two. So good that I could not help but continued picking on all the garnishes even when the chicken pieces were devoured. The mini wok were practically wiped clean by the time the waiter got his hands on it. 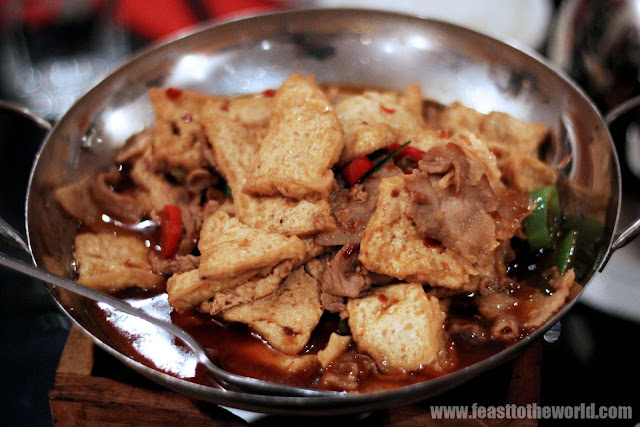 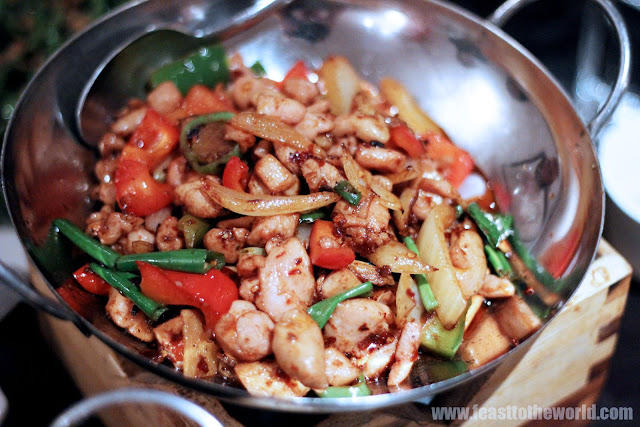 The stir-fried pork with green peppers was good but the dry fried green beans were once again a let down for me. It was rather oily and overcooked. That signature 'squeaky' noise that I was after was sadly, not to be heard. 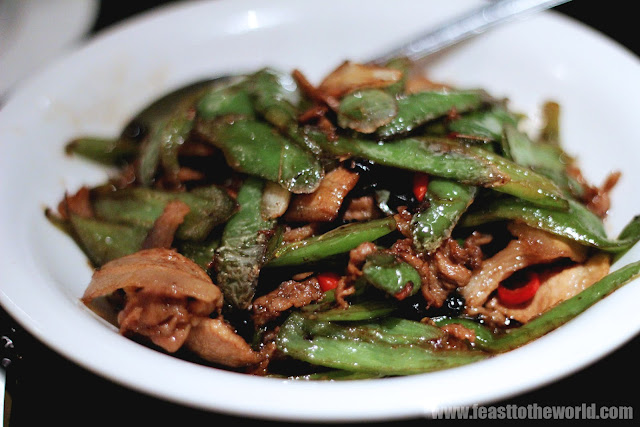 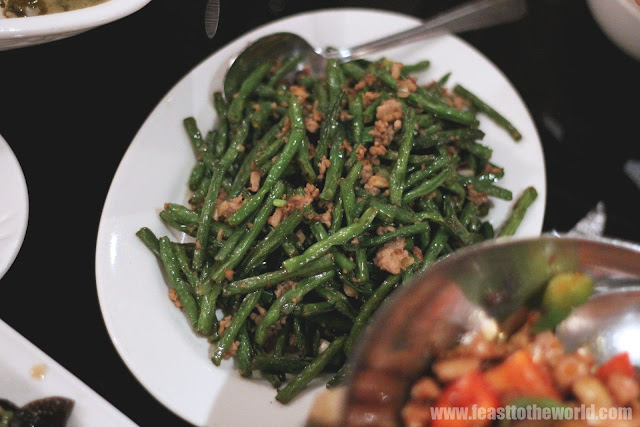 On a whole, there were a few top notch dishes that managed to savage this meal from being a complete disappointment. But seeing that there appears to be some great reviews about this place around, perhaps I'm judging it a bit too harshly.  I guess this is the reason why it's been very tricky for me to find a good Chinese restaurant that will cater to my palate. These are familiar flavours that I grew up with and of course I would expect more from these venue. But I suppose for around £15 per person, 4 out of 10 dishes ain't bad. Perhaps I just need to choose my dishes more wisely on my next visit.