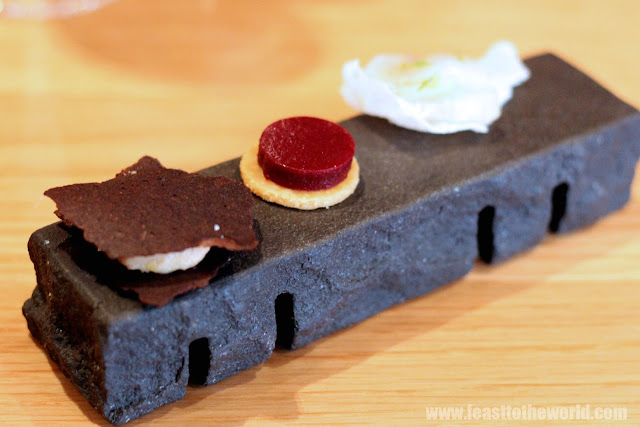 Very rarely I stumbled on a restaurant that filled me with admiration before I have even patron the venue. From the moment I've heard of Hedone, I was intrigued to learn that Mikael Jonsson, the chef who runs it, was formerly a keen food blogger gallantly decided to take his passion that step further and open a restaurant. By sourcing the best produce and giving them the minimum fuss, he has managed to served up superb dishes that accolade rave reviews from bloggers and critics and was awarded a Michelin star in September 2012, no mean feat considering only after a year of service. So finally I decided pay this restaurant in Chiswick a visit earlier this year.

Opted for the Carte Blanche or Chef's recommendation with wine pairing, my fellow diners and I sat back and wait. A trio of canapé opened the show. Foie gras sandwiched between thin crispy rye crisp, raspberry jam disc on parmesan biscuits and smoked haddock on a thin cracker. Each were morsel-size perfection, and a great start to tantalise the taste buds with.

Poached oyster, so fresh that it felt like it's just been caught straight of the sea, shuck and presented before us. The light poaching rid the usual sliminess and resulted in a cleaner mouthfeel. With the sweet, crisp Granny Smith apple foam that blanketed the oyster as it glided into the mouth, quite possible the best way of eating an oyster I've ever encountered. Best dish of the day for me. 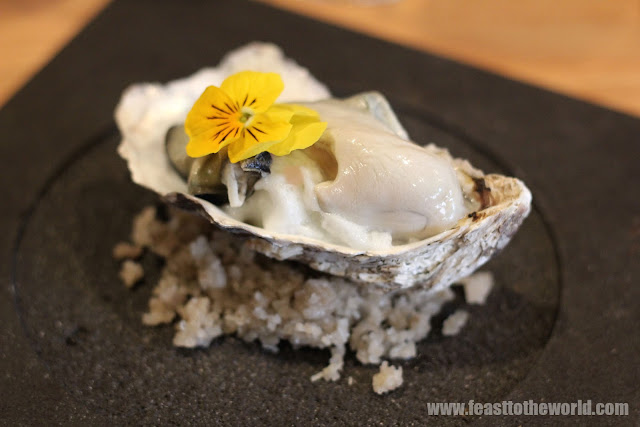 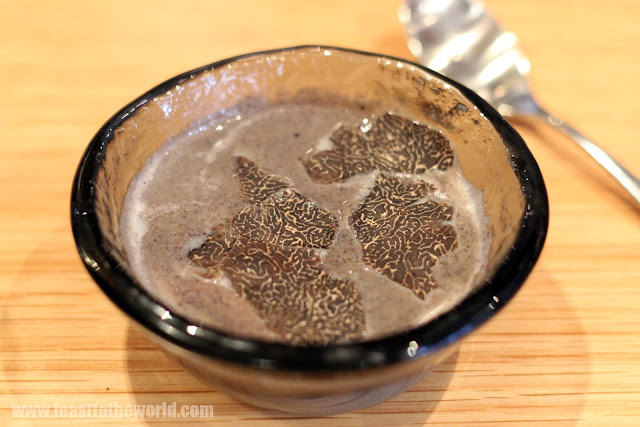 A dish of soft truffle curd/broth, topped with more truffle shaving quickly followed. The flavour was so intensely rich and flavoursome that it was cleaned up in no time with me desperately scraping the side of the empty dish with the tiny spoon hoping for more.

The appearance of  British asparagus was a surprise, as in early March, it was way ahead of its season. According to Mikael, this was the first early batch, due to the short spell of mild weather earlier in the year. The mixture of raw and barely cooked spears were absolutely tasty and the addition of the truffle sauce made them even more so. 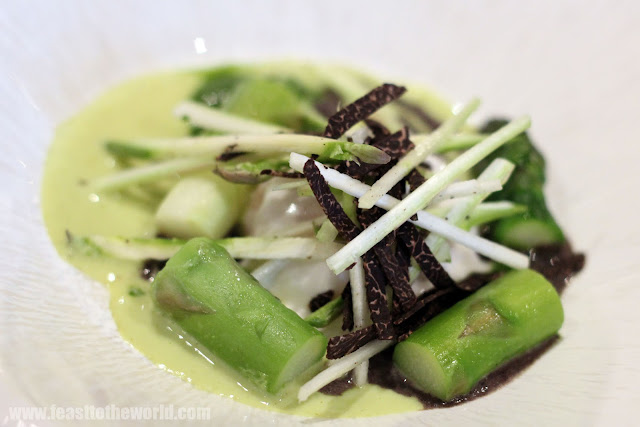 Another standout dish was the turbot, sea fresh and meaty and perfectly cooked. The accompanying frothy broth was gutsy and flavoursome. The ravioli too, were another delightful treat to graze my palate, intense and  cheesy parmesan filling burst into my mouth as I bit into the thin sheets of pasta. 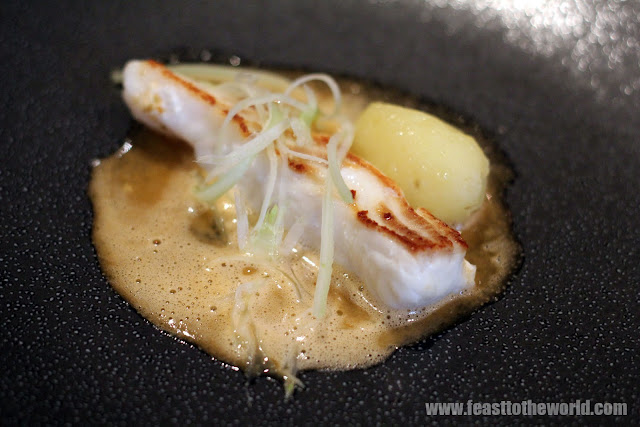 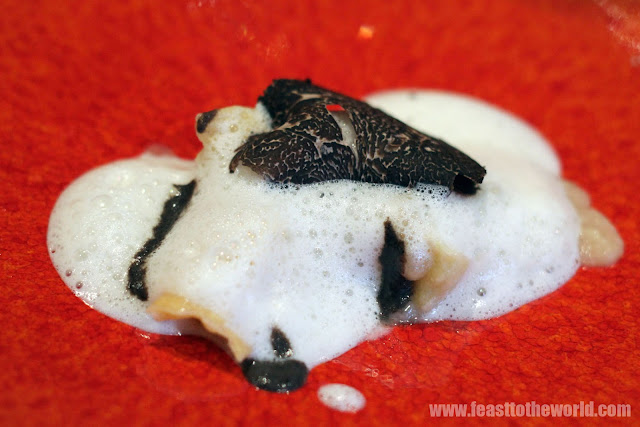 Juicy pink duck with the earthy offal sauce were very rich and packed full of flavours. Trio of pickled, roasted and puree beetroots paired with this dish like a dream. The tangy pickling root veg cut through the richness and the subtle sweetness from the roasted beetroot contributed welcome addition flavours.

Salt marsh lamb, again serve pink and almost baaing (which is my personal preference). The sauce were a bit on the thin side but the hidden flavours and the moistness of the meat itself more than made up for this. The quality of the meat itself was impeccable. As much as I loved the charred endives and smoked aubergine puree, the lamb was the undeniable the star of the show. 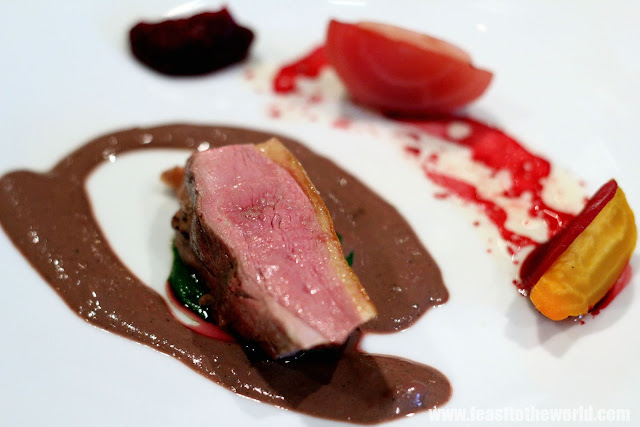 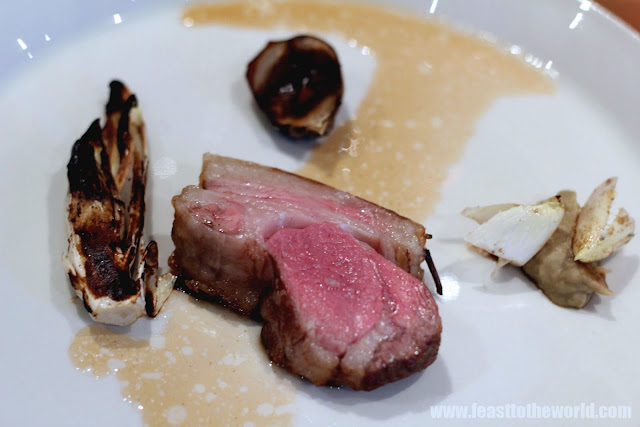 On the recommendation of the chef himself, we went for an additional course. The Aged Black Angus beef, beautifully cook with ruby-red middle, melt in the mouth and taste just as it should, beefy. Along with accompaniment of sweet caramelised shallots and carrot and rich jus made me glad we went for this. Despite the marvellous duck and lamb, this was by far the best meat dish on the day and I could understand why Mikael was eager to showcase this. 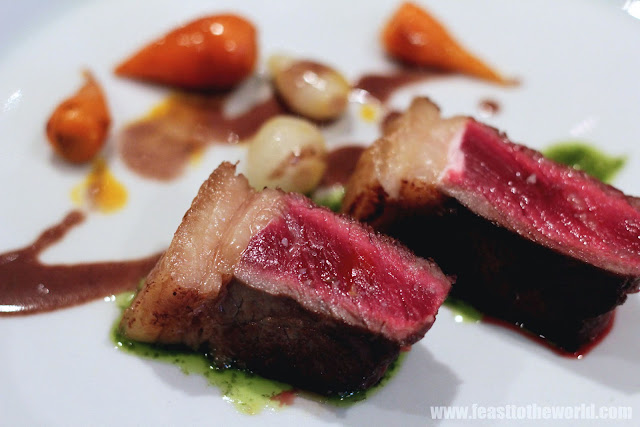 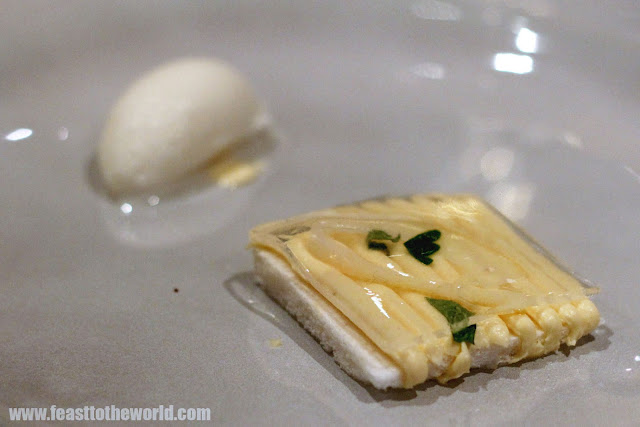 The lemon and marjoram jelly and meringue slice were truly delicious and the zingy lemon sorbet, so light and refreshing that it acted more like a mid-course palate cleanser than a pudding.

The puddings that followed were all superb. The Rhubarb floating island was perhaps the only dish that I wasn't keen on. Not that there were anything wrong with it, but on a whole it was the weakest pudding out of the lot. Chocolate ganache pot on the other hand was truly delicious. Light and rich in equal measures and top with a layer of sharp, fruity raspberry powder. This was so good. 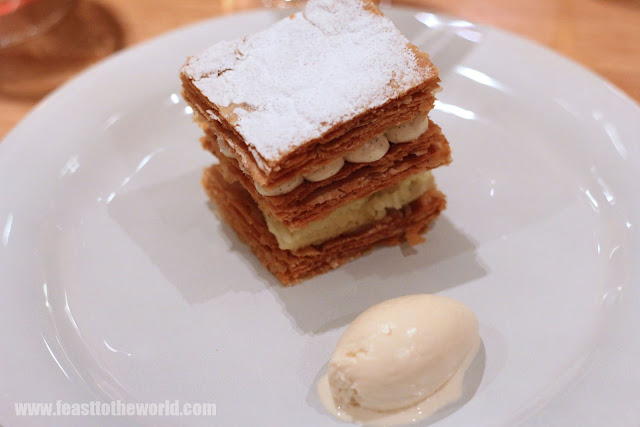 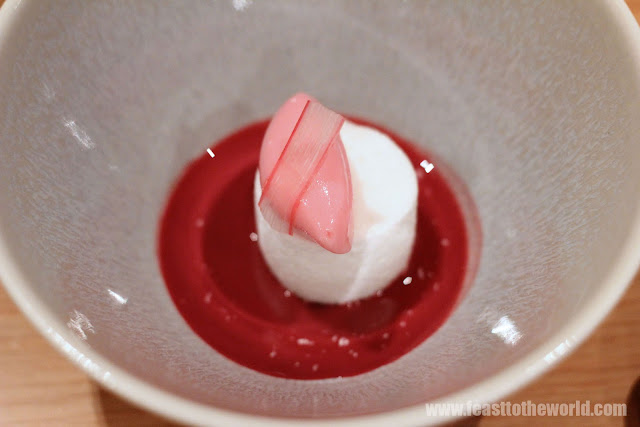 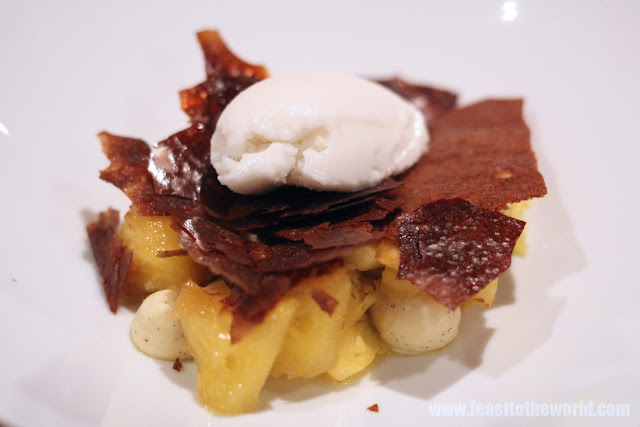 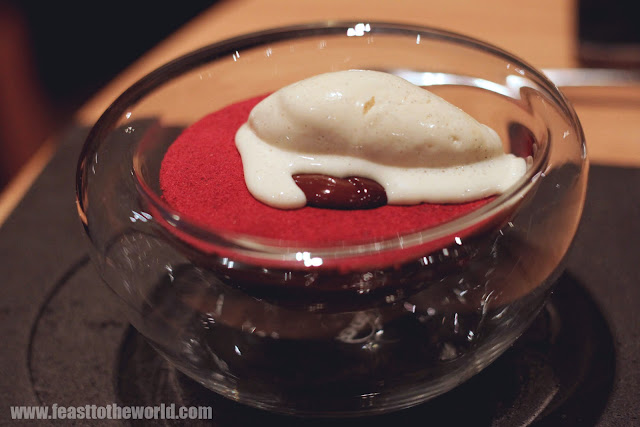 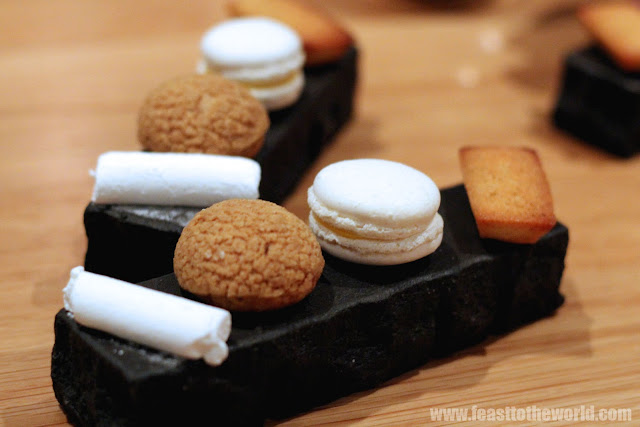 The petits fours rounded off the series of excellent meal perfectly. Throughout the meal, the service was amiable. The knowledgeable sommelier introduced each pairing wine with such fine details and nothing disappointed. By no mean of exaggeration that I would boldly say that this was one of the best meal that I ever had. And what filled me with glee as I am writing this is that I will be going back soon. So should you.

Posted by J@Feasttotheworld at Thursday, April 04, 2013