It is impossible for me to talk about One Leicester Street without bringing up St. John Hotel, not least because the latter have been a firm favourite and none mourned its demise more so than I did. But all is not lost as it was soon announced that the troubled establishment was bought over by the team behind the successful Viajante and Corner Room, my other go-to restaurant. And just like that, a few months after the closing of St John Hotel, a brand spangling new phoenix rises from the yet-to-settled ashes, and what a fine beautiful bird this turned out to be.

Even though the kitchen team remains the same and head chef Tom Harris remain the heart and soul behind the whole enterprise, gone are the white neutral walls and replace by the muted grey paint and a dash of sophisticated settings. The beautifully illustrated menu retain the same simplicity wordings of its former self but the food that arrived are definitely dolled up cousins. Stripped of the restraints of the St John's umbrella, these dishes showed signs of a chef making a personal stamp. 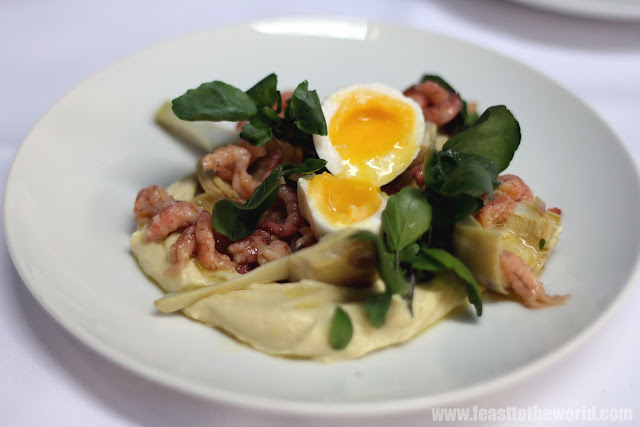 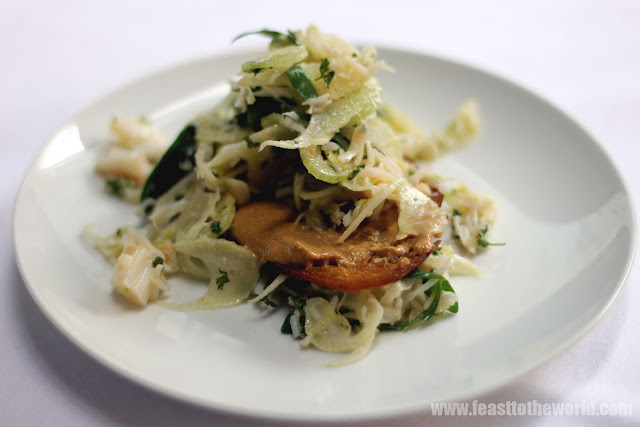 We started off with some fresh rock oysters (Dorset £2.50 each ; Jersey £3 each) served with lemon, Tabasco and light shallot vinaigrette. The artichoke dish featured great combination of nutty earthiness, beautiful sweet brown shrimps and oozy pheasant egg. Although I'm not so keen on the purée as it's far too heavy.

The crab salad did not disappoint. A great example of how simple ingredients that complemented each other done right. Crunchy slices of fennel provided a light refreshing contrast to the sea fresh crab meat. Thin crisp Melba toast smothered with punchy brown crab meat added an interesting texture and umami richness.

Asparagus came draped with thin slivers of pigs cheek ham and topped with just set egg yolk and grated walnut. Not a bad dish but promises more than what it actually delivers. Although I do like the lardo-like cheek ham but admist all the strong flavours around it, the ham seemed to lose its existence. All I can taste was the asparagus and nutty walnut. A few more slices of this delicate ham might have been a better proportion.

Grilled onion were sweet and the caramelised edges, along with the salty childwickbury goat cheese, were divine. 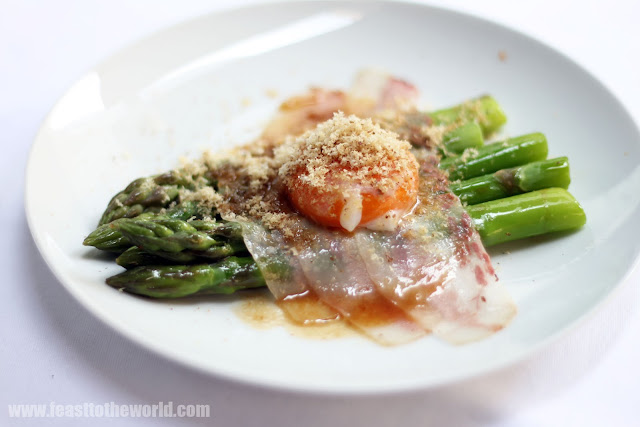 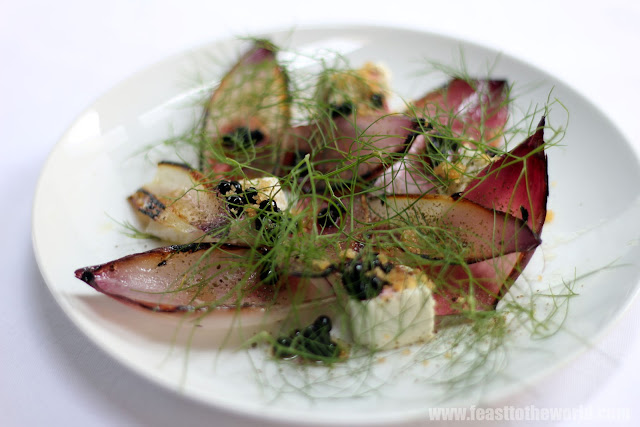 The Aylesbury duck was truly sensational. Slabs of moist, pink ruby meat resting on vibrant and sweet peas. The duck was tender and flavoursome and quite frankly, one of the best duck dish I have had in a long while.

The puddings that followed too did not disappoint. The chocolate mousse were light and airy; the honeycomb crumbs gave a nice texture and the unusual perfumed punch of the dried violet made this a rather delightful sweets.

The salted caramel and apple pudding was just as superb. Fruity, sweet, salty, crunchy, creamy, it has all the components that yield a decadent pudding that deserves all the 'oooos' and the 'aaaaahhs'. 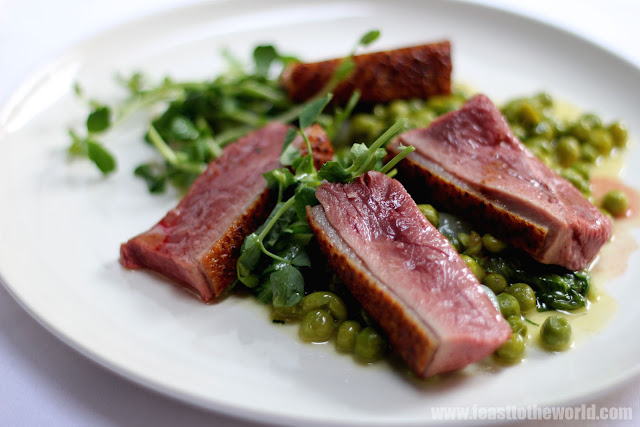 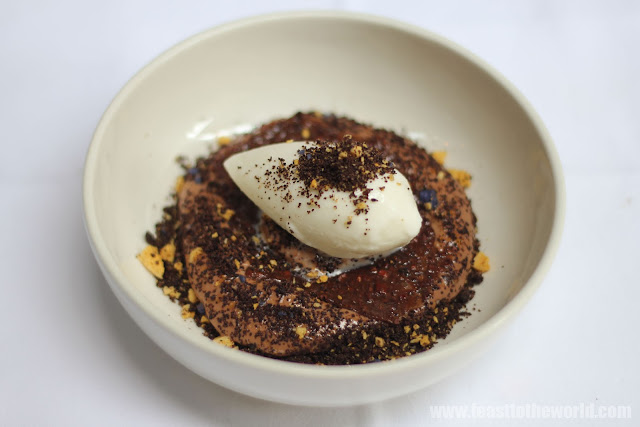 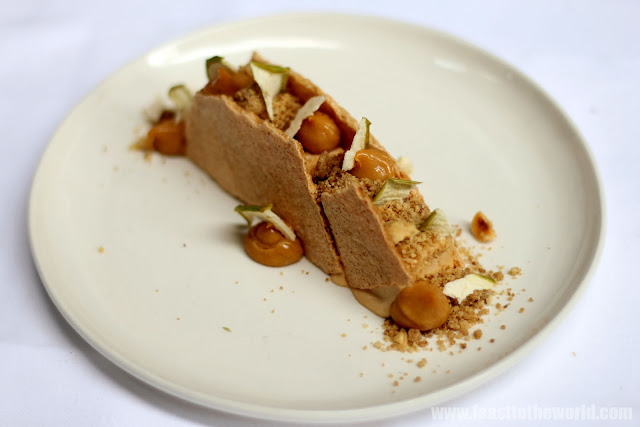 Although I don't think I will ever forget St John Hotel and their oh-so-simple and yet-so-delicious Welsh Rarebits and many of their fantastic puddings which I have always been a great fan of, I think One Leicester Street is doing a cracking job at filling this gap. Of course, I don't think for a minute I have ever doubted the team behind one of my favourite, Corner Room, will do a bad job but this is truly something really great. The standard of cooking, under Chef Tom Harris, still has that honest, humble feel and emphasis is still on the great British seasonal produce. I have to say, I am a fan of this current reincarnation.

Posted by J@Feasttotheworld at Saturday, August 03, 2013